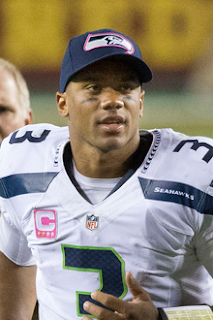 Wind, rain, snow, and NFL defenders had a moment of revenge this week as NFL passers performed less than stellarly yesterday.

Even with yesterday's performances, the NFL passer rating is still on pace for a record high, and interceptions are 2.2% on pace the be the lowest-ever in NFL history (record is last year's 2.4%)

So, with the rest of December and January looming we will see if the records will fall, or if NFL defenders will shine in December and slow NFL passing games.
Posted by John Turney at 8:39 AM