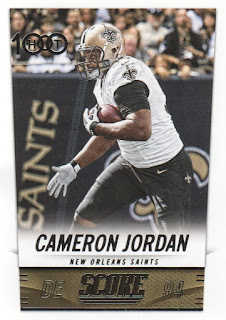 Today, the AP announced changes to All-Pro team. There are several things but we will focus on the defensive line today. The AP stated, "We also are changing the listing of positions on the front seven to two edge rushers (basically 4-3 defensive ends and 3-4 outside linebackers), two interior defensive linemen (basically 3-4 DEs, nose tackles and 4-3 defensive tackles), and three linebackers."

This was done for several reasons we suspect, but among the chief ones was the fact that last year Khalil Mack was a First-team All-Pro at both outside linebacker and defensive end. The raiders list Mack as a defensive end, though he is a hybrid player, one who plays (usually) outside backer when the Raiders play a 3-4 and a defensive end when they go 40 sub (nickel or dime). So, he sometimes has pass coverage responsibilities as well as pass rush responsibilities.

It is not a new position, it's been around since the late-1970s and early 1980s. Lawrence Taylor called it "rush backer" and there are other names, now it seems "edge rusher" is the nomenclature that includes this hybrid position and 4-3 defensive ends. However, the positions are not dissimilar they are not identical, either. Players like Taylor, Andre Tippett, Kevin Greene, Charles Haley (with 49ers) Rickey Jackson, Pat Swilling, to name a few did have some pass coverage skills and were asked to use them.

Defensive ends of the time, Reggie White, Bruce Smith, Richard Dent, Chris Doleman, to use Hall of Fame examples, were not asked to cover, at least not often. Perhaps when it was man coverage and there was a blitz and they may have the second back out of the backfield. But it was not the same as the rushbackers. But those were exceptions rather than the rule.

The same holds today, a 4-3 end like Cameron Jordan is not the same kind of "edge rusher" as Mack or Von Miller. So, it will be interesting to see how the voting ends up.

Our best guess is that the "edge rushers" on the First-team will be Mack and Miller and Vic Beasley will be on the Second-team, getting fewer votes than the other two. Ryan Kerrigan or maybe Cliff Avril will be fourth. Only Avril is a 4-3 end.

So, it's possible this year the classic run stuffing two-way end is not going to be represented, the guy who could rush the passer but also make plays in the backfield in the running game as well.

This season one of those left out may be Cameron Jordan. Jordan has been to two Pro Bowls and stand a good chance of going to a third, but though he's making lots of run stuffs it will be hard for him to crack the AP All-Pro team, even the Second-team due to the competition with the "edge rushers" or rushbackers as we still prefer to call them.

Jordan, through 13 games has 10.5 stuffs and 5.5 sacks for a total of 16 plays in the backfield and is a strong player in all aspects of the game.  Certainly, a few more sacks in the next three games will help his cause, but even at this point, he's a player the scouts love as a 4-3 end, a stack and shed player who can generate a rush on third down.

In a few weeks we shall see what happens. It will be interesting.
Posted by John Turney at 11:15 PM