Great Games of the 1970s: “Polar” Bears Procure the Playoffs

LOOKING BACK
By Joe Zagorski

We are now at that stage of the 2017 NFL season where the surge to make the playoffs is foremost on the minds of many teams. The games in December seem to hold a fan’s interest much more than the games in September, and the tenor of those important contests are just one notch below that of the playoffs themselves. One single play can sometimes mean the difference to a player between winning a championship ring or beginning the off-season workout schedule. The competitive ending of each year is not new in pro football history, however. One dramatic ending for an unlikely team occurred 40 years ago, and it was an ending that possessed several unique storylines.

On December 18, 1977, the Chicago Bears traveled to a frozen igloo of sorts at the New Jersey Meadowlands. A semi-persistent snowstorm, mixed with a steady dose of freezing rain and frigid 20-degree temperatures, greeted both the Bears and the New York Giants on this final day of the regular season. The Bears had been absent from post-season play for the past 13 years, and this meeting with the Giants would determine whether or not they would miss the playoffs for a 14th straight season. A Chicago win would give the Bears the NFC Wild Card designation. New York, in contrast, did not have a chance to make the playoffs. Their five wins in 1977 relegated them to play the role of spoilers, as they tried their best to keep Chicago from claiming a playoff berth and winning what would be their ninth win of the season. New York would by game’s end provide the Bears with all that they could handle.

Another team that was not playing in this chilling climate was just as interested in the outcome as were the Bears and the Giants. The Washington Redskins were spectators to their own fate, however.  They had defeated the Los Angeles Rams 17-14 on the previous day to earn their ninth win of the year. The Redskins players and their head coach George Allen would be intently watching the goings-on in the Meadowlands from the comfort of their warm living rooms. If the Bears lost to the Giants or tied the Giants, the Redskins would make the playoffs as the NFC Wild Card team. A Bears win would give the long-suffering fans in the Windy City a most savored taste of the playoffs. 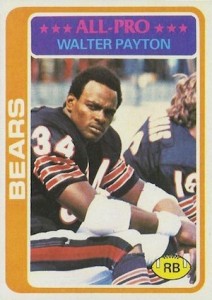 There would be several separate side stories that played a noteworthy role in this game as well. One involved Chicago’s superstar tailback Walter Payton, who was trying to make NFL history. He would eventually win the league rushing crown by the end of this game.  But if he ran for 199 yards against the Giants, Payton would eclipse the single-season rushing record of 2,003 yards, set by the dynamic Buffalo running back O.J. Simpson in 1973. As much as Payton was beloved by his teammates, however, a victory over the Giants was much more important to the team than an individual record was to someone who would eventually break many records during his storied 13-year NFL career.

“Sure, it’s in the back of our minds, 2,004 (yards for Payton),” said Bears offensive tackle Ted Albrecht. “But I think all 45 guys on the squad want the W (as in win) before anything else, and Walter would be the first guy to tell you that.”

Payton would have a couple of foes this day, however. Both the Giants defense and the weather conditions would be formidable opponents to the man known to his teammates as “Sweetness.”  It was hard enough to gain 199 yards against any NFL team on a good playing surface. But on this day, Payton would become a victim of a slippery and frozen mess of a field.  He simply could not make a decent cut on the artificial turf, which was as hard as a rock, and as slippery as ice. To the observations from fans in the stadium and at home on television, the scene that was offered was mostly a snow-covered field with the slickness of an ice skating rink.

“The biggest disappointment was the condition of the field,” Payton admitted after the game. “We weren’t prepared for that.” Chicago safety Doug Plank was even more blunt with his assessment of the playing circumstances. “It was the most uncomfortable day in my life,” said Plank.  “It was not a soft, powdery kind of snow; that would have been fine.  This was the worst kind of cold.  First, you got wet. Then the temperature dropped.”

Both teams’ scoring chances dropped too. Players were struggling to stay upright all game long.  Each team managed a field goal in the first quarter. That was more than what Walter Payton could manage.  Indeed by halftime, Payton was held to a hard to believe negative five yards, and his hopes for a new rushing record had all but officially ended. Nevertheless, Chicago’s star halfback was still looking for ways to gain yardage, one of which was rooted in NFL history. Chicago started the game by wearing rubberized turf shoes, which proved faulty at best. At halftime, they dispatched an assistant trainer to go out and buy a supply of steel-tipped cleated shoes. 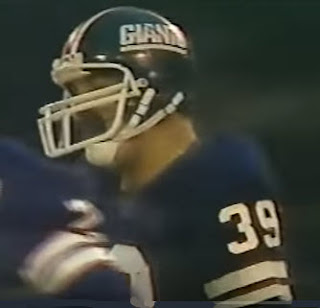 Practically the same thing happened way back in 1934 when the Giants changed from their cleated shoes to sneakers at halftime of their championship game against the New York Giants at the old Polo Grounds. It was called for posterity as “The Sneakers Game,” and the change of footwear proved beneficial enough for the Giants to help them notch a 30-13 victory over the Bears. The Bears’ change of shoes in 1977 helped them a little bit, but a simple offensive strategy adjustment was just as responsible for more yardage gained by Chicago in the second half.

“We started to go inside instead of outside,” Payton said. 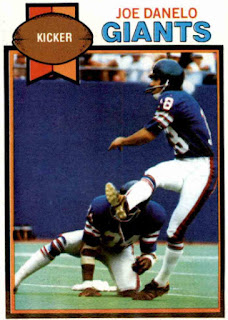 Payton was not the only player slipping and sliding on the frozen turf, however. The kicking game for both teams was at a major disadvantage all game long. Chicago placekicker Bob Thomas missed two field goals and a conversion attempt, and another one of his field goal attempts was thwarted by a bad snap from center. New York placekicker Joe Danelo fared better, however, as his three field goals were all the points that the Giants could muster in this game. A 4-yard touchdown run by Chicago fullback Robin Earl late in the fourth quarter gave the Bears a 9-6 lead, and it appeared to be the winning score until Danelo booted his final field goal late in regulation.

This all-important game would go into an overtime period with the score knotted at 9-9, and with the weather not improving one little bit. In fact, the temperature dropped as the skies darkened, which made for the ice on the field to become even slicker. It was getting more and more probable that if any of the two teams would eventually win this game, they would do it with a field goal. This probability – and the frozen turf – were not aiding the psyche of Chicago kicker Bob Thomas.
“A kicker has to plant that left foot and try to stay stable,” Thomas would say many years after that historic game. “It was really tough. The field was worse than snow and ice because some portions were solid ice and some portions were thin ice (that) you could break as you stepped on it, and there’d be freezing water underneath.” 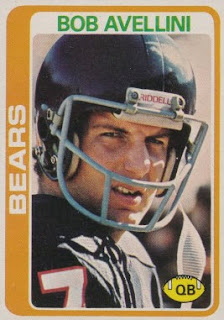 Thanks to a key pass from Bears quarterback Bob Avellini to Payton for 14 yards late in the overtime period, Chicago would have one last chance from 28 yards out to claim a victory.  Just before his final field goal attempt, a couple of Thomas’ teammates had something “inspiring” to say to him.

“Bob Parsons grabbed me by the shoulder pads and picked me up and said, ‘If you don’t make this kick, I’ll break your neck,’” Thomas recalled.  “So I said to him, ‘You obviously weren’t a psychology major at Penn State (Parson’s alma mater).’” Another of Thomas’ teammates, Bears linebacker Don Rivas, grabbed the kicker by the collar and told him not to come back to the locker room if he missed this kick. Chicago safety Doug Plank added that Rivas “...wasn’t laughing; it wasn’t a joke.” 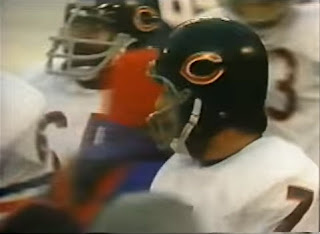 With nine seconds left in the overtime period, however, it would be the entire Chicago team that would be laughing, as Thomas’ 28-yard field goal split the uprights. The Bears were headed back to the playoffs for the first time in over a decade. The players frolicked gleefully on the field, many hugging Thomas, and some making snow angels on the frozen turf (as if the past 74 minutes and 51 seconds were not enough time to get wet and frozen).

Elderly Chicago team owner and NFL patriarch George S. Halas would shed a tear and revel in the glory of seeing his team make the playoffs once more in his historic life. “Thank-you Lord,” Halas was heard to say after the game.

The Bears did not go far in the 1977 playoffs, losing in the first round to the eventual world champion Dallas Cowboys. But no one who saw their incredible 12-9 victory over the Giants in the frozen Meadowlands 40 years ago will ever forget it. “That day was something else, I’ll tell you,” Thomas confirmed.  It was a day that the Chicago Bears, wearing their white away jerseys on the snowy white field, appeared to look more like “Polar” Bears...and bonafide NFC Central Division Champions.

Joe Zagorski, a long-time member of the Pro Football Researchers Association (PFRA), is also the author of the book The NFL in the 1970s: Pro Football's Most Important Decade, published by McFarland and Company, Inc., in 2016.  It was ranked as one of the top ten football books in 2016 by The Library Journal. 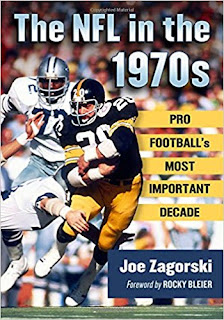 He has written numerous pro football articles over the years for The Coffin Corner, the official newsletter of the PFRA.  He was also a former sportswriter for The Coatesville Record (in Coatesville, Pennsylvania) and The Evening Phoenix Newspaper (in Phoenixville, Pennsylvania).  In his free time, he does volunteer work on several charitable causes for the Tennessee Chapter of the NFL Alumni Association.  He lives in Oak Ridge, Tennessee.