In Our View
By John Turney
Football's action is very fast and it's the job of the official scorer to rule on who gets credit for tackles, sacks, and other statistics.

And because the game is so fast, it is easily understandable when an official scorer makes an initial error in scoring. Also, if he makes a call and the coaches of a team can contact the NFL and ask that a play be reviewed. Sacks are the most reviewed calls, at least that is my understanding.

Today Julius Peppers had a sack but also lost a sack in our view but this one is not reviewable. Peppers came off the left edge and hut Case Keenum whose knee hit the ground. However, the gamer Keenum is caused him to get up and hustle but was tackled a couple yards ahead of where he should have been called down. This time the play was whistled dead and defensive tackle Kyle Love was credited with the sack. 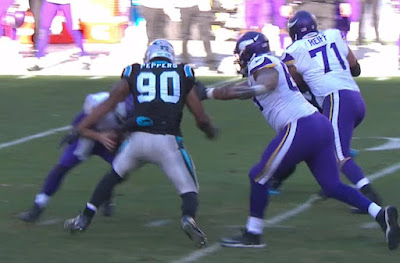 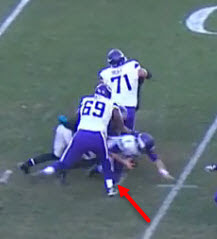 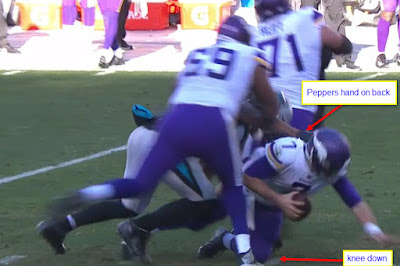 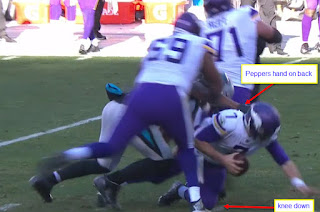 It was hard for the official to see, no doubt, but he really did get it wrong. So, Peppers will be shorted a sack this season, at least in our view.