LOOKING BACK
By Chris Willis, NFL Films
In 1939 Carl Storck named his 11 greatest NFL players of all-time. Storck was the former manager of the Dayton Triangles- a charter franchise of the American Professional Football Association (the forerunner of the NFL). He served as the NFL's secretary-treasurer from 1921-1939, then after the death of Joe F. Carr became NFL President from 1939-1941. So Storck had seen tons of early NFL players to name a qualified list. No big surprises as he named: 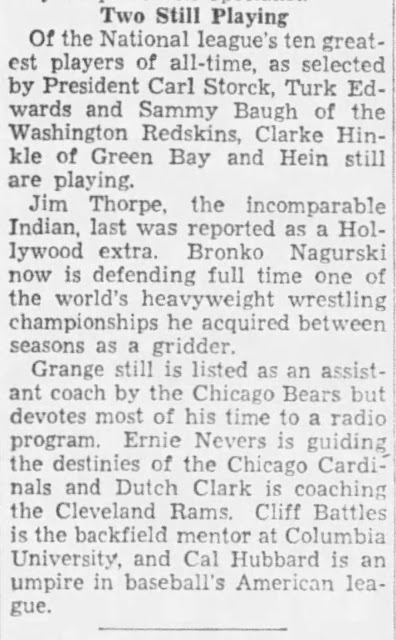