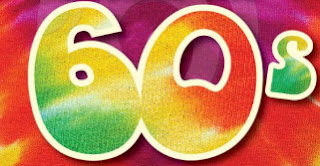 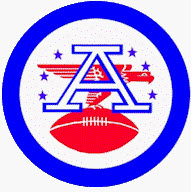 These posts are dedicated to the proposition that humans are fallible, especially in collectives, so while the HOF/NFL All-Decade teams are great they are not necessarily the be-all and end-all. Mistakes were made, players who had two seasons of service in a given decade have been on All-Decade teams. Some players were actually better in a different decade than they were in the one in which they were selected. And there were some ommissions as well.

To be fair, much more information is available now in some areas than existed at the time so there are reasons for the oddities. Our posts are done not to criticize but to illuminate—picking these kinds of teams presents real intellectual challenges so no one should be too hard one someone else's picks.

That said, here is the Official AFL All-Time Team: 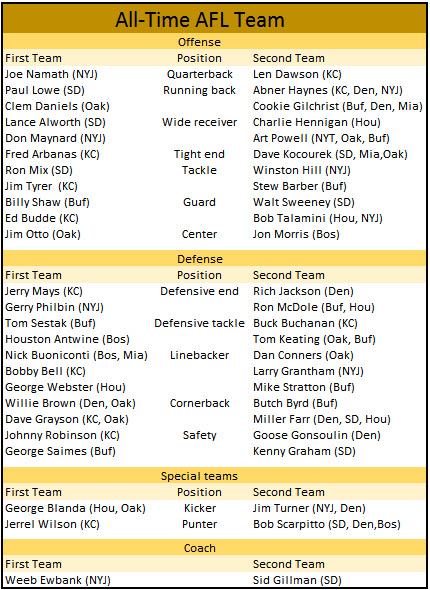 Going from bottom up, we'd say Hank Stram deserved the top coaching spot over Ewbank. Stram won three AFL titles and one Super Bowl. To us, Ewbank and Gillman would be a tossup for Second-team.

Jerrell Wilson is an okay pick, in the NFL, after the merger he got a lot of punts blocked. Paul Maguire would be a better choice for Second-team. he was a good directional punter with a high net average. 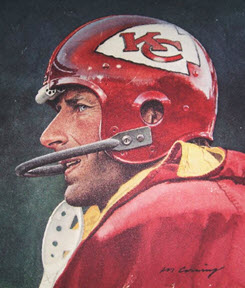 So by their rules, Stenerud should have been the top pick.

The secondary looks good. We'd leave that as is. There are a few other names that could be mentioned it it's a quibble. 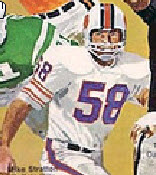 We mentioned Webster's peak was worthy but were his three years of service more valuable than, say, Grantham's ten or Stratton's eight seasons? 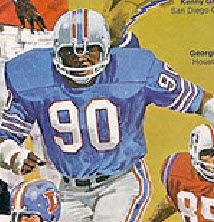 Dan Conners only started for 3½ seasons in the 1960s. Again, couldn't a better, longer-tenured player have been found? Perhaps Archie Matsos or Sherrill Headrick? We think either of those two deserved the All-1960s more than Conners and when we picked our team we went with Headrick.

Jerry Mays and Gerry Philbin are the official ends and there is nothing wrong with those picks. As a peak performer though we'd have chosen Earl Faison. As a peak player, the best in league history was Rich Jackson but he has the "years of service issue" as well. he was a starter for only three seasons in the 1960s. Jackson does make the Second-team, so years of service wasn't an issue for the voters at the time, just too few of them, apparently, didn't think Jackson was one of the top two defensive ends in the league's history.

If we go by the "three seasons is enough" rule of thumb, out top two ends would be Faison and Jackson and the Second-team would be Philbin and McDole with Ike Lassiter tied with McDole. As far is pure production few AFL ends were as solid as Lassiter. If we follow out philosophy Jackson would not be eligible so Philbin and Faison would tops Mays and McDole next. 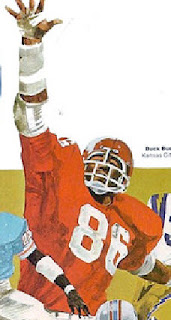 Sestak would be one of our tackles. Ernie Ladd would be the other based on peak and Buck Buchanan would remain Second-team. But, if we went by consistency we'd put Buchanan on the First-team. Neither pick would be wrong. Then Houston Antwine would be dropped to Second-team. Bud McFadin and Keating could be honorable mentions. 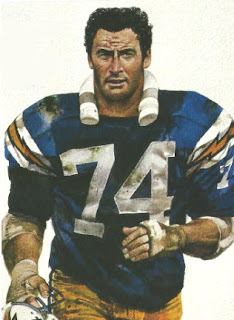 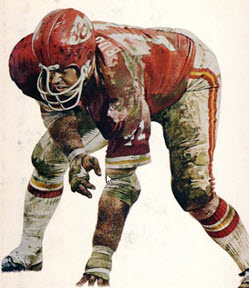 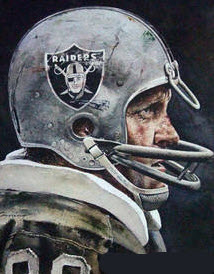 We think the selection committee nailed the offensive line, both First- and Second-team. There could be a quibble or two but really, it's a job well done there. 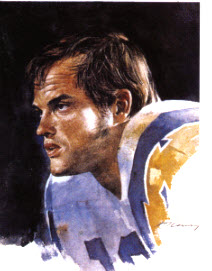 The tight ends are solid as well. Alworth and Maynard great picks for the receivers, Art Powell is worthy, too as is Charlie Hennigan. Lionel Taylor would nose out Hennigan on our Second-team but as we mention, Hennigan was worthy.

The running backs are hard. The AFL had a lot of good backs with short careers or limited years of peak production. So, while the official picks are not wrong we just think there could have been better picks.

For the First-team We'd have gone with Cookie Gilchrist for his rushing titles and ring. Also on the First-team, we think Abner Haynes edges Clem Daniels. We'd drop Daniels to the Second-team. 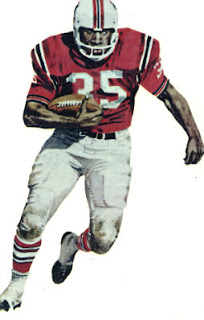 To back up Gilchrist we'd pick Jim Nance.

We realize we short Paul Lowe but we think he's the third-best halfback in AFL history, not the first. And Keith Lincoln is our third-best fullback, edging Matt Snell.

That leaves quarterback. And it's easy. No offense to Jets fans but Dawson has more championships, better stats, and more "honors". Namath had more pure passing talent, but Dawson did it longer and should have been the First-team quarterback. Namath, we'd put Second-team and we'd make Jack Kemp an honorable mention. 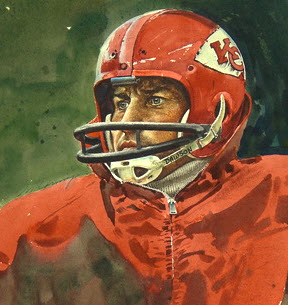 So, we'd as fans to always use All-Decade teams as a good benchmark or measuring stick for a player, but don't just rubber-stamp the official teams, do your own research and make sure the picks were right, or as right as they can be. Look for errors and ommissions because as long as humans pick them, there will be some errant picks and we think we've illustrated that in this series. 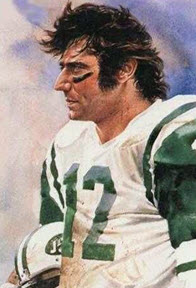 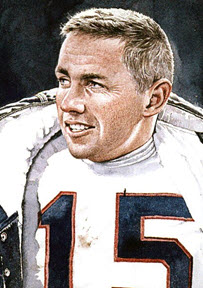