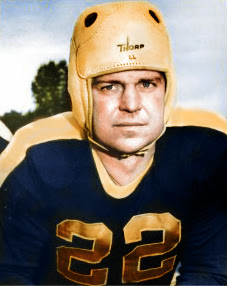 For his all-opponent team he selected: Bill Hewitt and Gaynell Tinsley at ends; "Wee" Willie Wilkin and "Bruiser" Kinard at tackles; Don  Fortmann and Ox Emerson at guards; Mel Hein at center; Sammy Baugh at quarterback; Byron "Whizzer" White and George McAfee at halfbacks; and Bronko Nagurski at fullback. This squad consisted of seven Hall of Famers and Emerson who should be in. Tinsley and White are not in the HOF but were members of the 1940s NFL All-Decade Team. 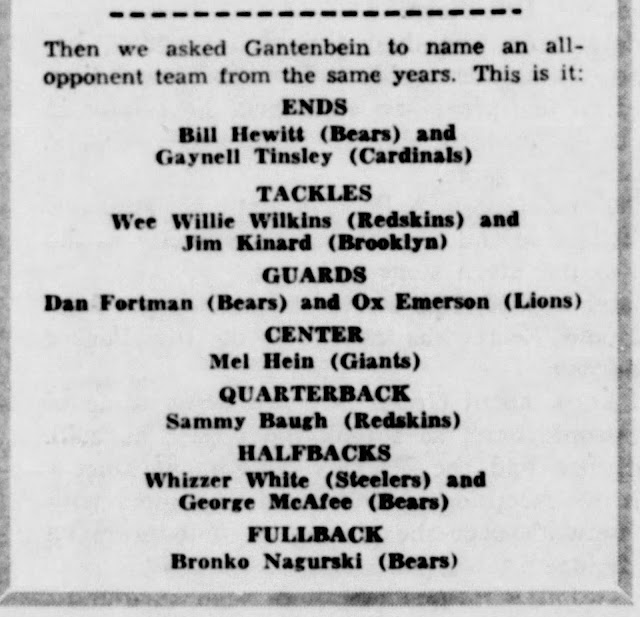 As for his all-time Packers team, he selected most of the usual suspects although he selected Bob Monnett over Verne Lewellen. Lavvie Dilweg and Don Hutson at ends; Cal Hubbard and Ernie Smith at tackles; Mike Michalske and Tiny Engebretson at guards; Nate Barager at center; Arnie Herber at quarterback; Johnny Blood and Bobby Monnett at halfback and Clarke Hinkle at fullback.