Today, Charley Trippi celebrates his 99th birthday, as the oldest living member of the Pro Football Hall of Fame. An All-American running back at Georgia, Trippi was the number one overall pick in the 1945 NFL Draft. He didn't join the Chicago Cardinals until 1947 and spent his entire 9-year career with Chicago.

But it was probably his performance in the 1947 NFL Championship Game that stood out as his greatest performance. On a frozen Comiskey Park field in Chicago, Trippi had a 44-yard TD run in the first quarter to give the Cards an early 7-0 lead. In the third quarter he helped the Cards increase their lead on a fantastic 75-yard punt return for a score as the Cardinals defeated the Philadelphia Eagles, 28-21 for the title. It is still the last championship won by the Cardinals franchise.

Trippi appeared on the cover of the 1947 December issue of Sport magazine, as well as helping with the small book of Backfield Play published in 1948. 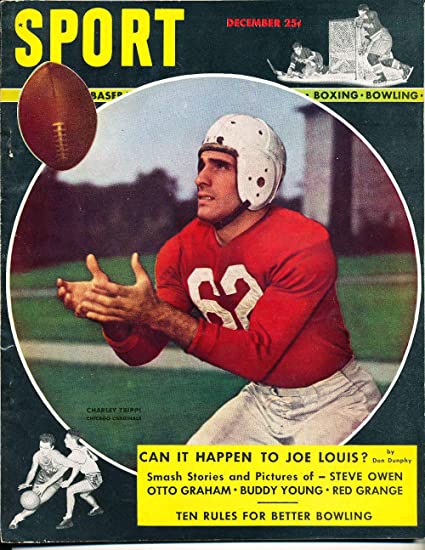