A Cautionary Tale for Titletown 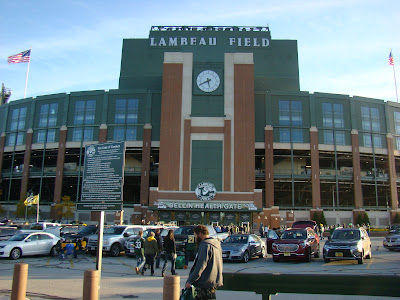 If your Green and Gold warriors don’t come out swinging, they’ll likely be one and done.

No halftime adjustments, no last-minute rally will save your team. If Super Wild Card Weekend was any indication, a strong start is a must.

Beginning Monday, Jan. 10, the Green Bay Packers invited fans to participate in a Letters to Lambeau campaign. Those so moved could submit notes, drawings and letters to support and encourage the team.

Consider this my Cautionary Tale for Titletown. The hare, not the tortoise, will prevail come Saturday.

Six games kick-started the playoffs. Four hardly qualified as contests with the Bills, Chiefs, Buccaneers, and Rams rolling to victory.

The common thread in all six? The winning team held the upper hand offensively – often by a wide margin – at the close of the first quarter.

Collectively, the six winners amassed 666 first-quarter yards to 161 for the losers. Victors notched 44 first downs to nine for those whose seasons came to a close.

The message is clear: dawdlers get left in the dust.

In 2019 and 2020, Matt LaFleur’s Packers produced a number of solid starts. The team drummed up more first downs and more yards in the opening quarter than their opponents in 16 of 32 regular-season games, going 14-2 in those contests.

This season, the number of double-doubles dropped to four. Yes, Green Bay was unbeaten in those games, but in order to capture a third straight NFC North title, the team had to overcome a greater number of slow starts.

This is reflected in the Green and Gold’s lack of first-quarter scoring. Green Bay has sent 35 teams to the postseason (an NFL record), but this club in 2021 was only the fifth of those 35 to be outscored (51 to 84) in the opening period.

The message bears repeating: The Packers need to come ready to play.

The upcoming playoff game at Lambeau Field will be the 25th at that venue for Green Bay. After starting 11-0 in the postseason at 1265 Lombardi Avenue, the team has been an unimpressive 7-6 in their last 13 encounters.

Want to get an idea of who will win before the final gun? Keep an eye on that first quarter.

The visiting team has recorded a double-double on eight occasions, with five wins. Green Bay has come away with that honor 10 times and has yet to be defeated when doing so.

The Packers would do well to increase that to 11 Saturday night when they host the 49ers in the divisional round.