Leading Men, Packers Fall to 49ers in Divisional Round 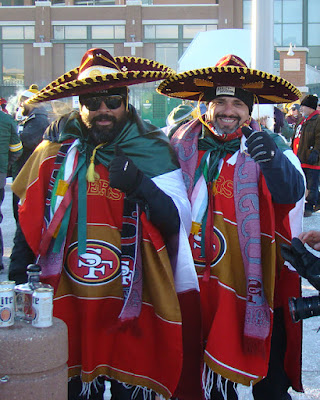 The Packers added yet another dismal chapter to their ever-expanding dossier of postseason failure.

And like so many of the previous entries, this one will sting for years to come.

A strong start by Green Bay did nothing more than force the visiting 49ers to work harder. Trailing for what seemed like an eternity, San Francisco hung around until pulling the plug in the closing minutes to secure a 13-10 win in a divisional playoff game at Lambeau Field.

For years, the question has become not whether the Packers will come up short, but how. And for years, the team has invented new ways to flame out.

And those are merely 49ers performances that helped short circuit Green Bay. There have been far too many others, some too painful to recall. 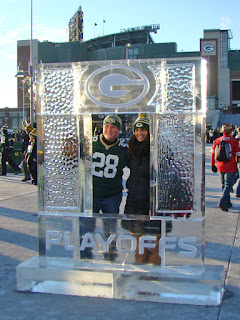 Credit the Packers with a quick getaway. They drove 69 yards in 10 plays, never facing third down as they went up 7-0 on A.J. Dillon’s 6-yard burst with five minutes, 35 seconds elapsed.

By the end of the first quarter, Green Bay had salted away 109 yards and seven first downs. San Francisco: minus-seven and zero.

Until Saturday night, the Green and Gold had been 10-0 at Lambeau Field in the playoffs when producing more yards and more first downs than their opponent in the opening 15 minutes. Might as well toss that stat in the dumper along with the season.

Never ahead by more than seven, Green Bay continued to lead deep into the fourth quarter. It remained in front despite Marcedes Lewis’ lost fumble and Josiah Deguara’s drop. It did so despite allowing the 49ers to start three drives from their 40 or beyond.

The Packers stayed out front despite quarterback Aaron Rodgers being sacked five times, 49ers defensive back Jimmie Ward blocking Mason Crosby’s first field goal attempt and Allen Lazard being the only Green Bay receiver other than Davante Adams to catch a pass.

The team held on because its defense battled. San Francisco didn’t record a first down or pass completion until six-and-a-half minutes remained in the second quarter. The 49ers had negative yardage on third down until midway through the third quarter.

Even after quarterback Jimmy Garappolo and tight end George Kittle hooked up for 24 yards – the 49ers’ longest offensive gain of the night – Green Bay held tight. Four plays later, linebackers Rashan Gary and De’Vondre Campbell dumped running back Elijah Mitchell for a loss on fourth-and one.

The Packers held the upper hand on the scoreboard until 4:41 remained in the fourth quarter. That’s when defensive lineman Jordan Willis blocked Corey Bojorquez’s punt and safety Talanoa Hufanga ran it in from six yards out to tie the game at 10 apiece.

A lead that had held for 49:44 went poof. And San Francisco, which had never been on top, finally got there on Robbie Gould’s 45-yard field goal as time expired.

Only once before had the Packers been out front longer in a playoff game that they lost. They led for 51:42 in a 28-22 loss to Seattle in which they blew a 16-point lead and failed to recover a late onside kick.

Just one more in a long line of blunders that cost Green Bay in the postseason. There have been so many, someone should write a book.

Packing a Lead, Handed a Loss
The 8 playoff losses in which the Packers held the lead for 20 or more minutes on the game clock.