Deacon Jones and Willie Davis were Both Left DEs—Anything Else in Common? 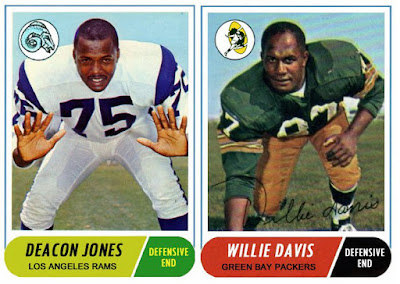 Well, yes. They had quite a few things in common. Both were, as we mention left defensive ends most of their careers. Both were All-Pros, Both Hall of Famers, Both elected to the NFL's 1960s All-Decade Team, but began their careers as left tackles—Wait, what?

Yes, it's true. Before both Jones and Davis settled into their Hall of Fame positions, both had stints on the offensive line.

Here is a shot of Jones (No. 75) in his first NFL game versus the Colts. He spent the first half trying to block Ordell Braase. By the second half he on not playing on the offensive line so it is fair to say the experiment didn't work. 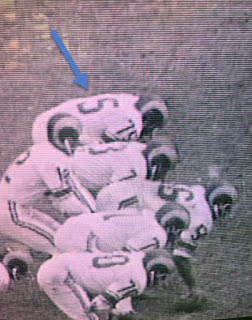 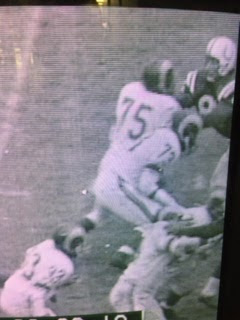 Willie Davis actually played defensive end his rookie year but in his second year he moved to left tackle and he performed well, though not at an All-Pro level, but well enough that he spent the whole season there, with few exceptions. Here is a shot of him at tackled (No. 77) 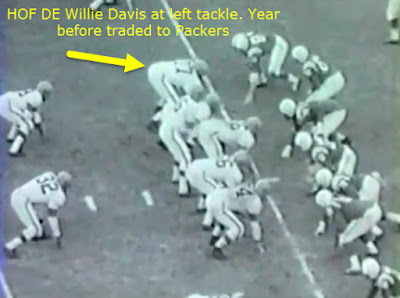