Years ago was I honored to work with Mr. Allen Barra when he wrote for the Wall Street Journal (WSJ). He would write the articles and I would supply whatever insightful stats or data I could. This short story is an update.

Few know that since the AFL-NFC merger, there have been 94 conference championship games. In those games the team that has scored the first touchdown has won 78% of the time!

Let us begin with the AFC and the clash between Jacksonville and New England. The last seven years the team that scored the first touchdown has won (and fifteen of the past seventeen), so if the Jaguars want to dethrone the Patriots they better get in the end zone first. 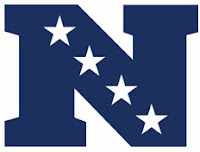 Every year from 1970 through 1989 in the NFC the team that scored the first touchdown won! The lone exception though they still won is the stalwart Los Angeles Ram defense of 1979 who shut-out Tampa Bay 9-0 (all field goals).

The NFC record is 36-10. Since all four teams have excellent defenses this stat comes into play even more.


In closing, I am shifting gears again to Peter King's MMQB column, and the errors that I have corrected for him in the past. Since I never hear back from them thought that when I read the error in his column this week I would wait and so if someone else corrected him? No one has so far. 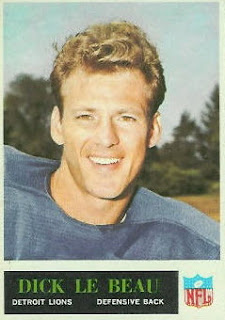 The error you ask? He mentions the long and distinguished career of one of my favorite players/coaches; Dick LeBeau. He states that he intercepted as a cornerback in his rookie season of '59. WRONG. The Lions claimed LeBeau off the waiver wire from Cleveland to replace retired safety Jack Christiansen—even wearing his jersey number of #24. LeBeau was a reserve safety who played mostly on special teams that season in six games, and did NOT intercept a pass that year. C'mon Peter hire a fact checker.
Posted by TJ Troup at 7:07 PM