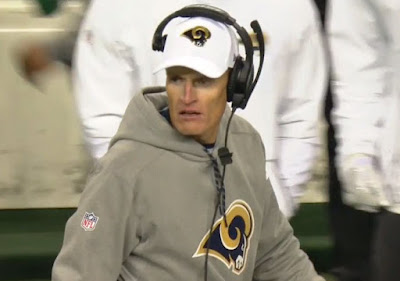 "Bones" as the like the call him is in his sixth season as the Rams special teams coach. Jeff Fisher brought him to the club in 2012 while they were in St. Louis. In that time his units have been the club's best, year in and year-out and 2017 was not an exception. In fact, it may be the best of the six.

In 2012 the Rams drafted Greg Zuerlein and though a lot of input from Fassell signed John Hekker who has proven to be the NFL's best punter of the last six years and is already being mention among the best in history and additionally Fassell kept Jake McQuaide as the long snapper and he's been terrific.

2017, stars at nearly every position: 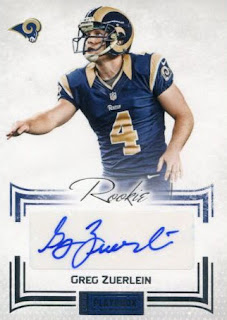 Hekker's career net average of 43.5is tops in NFL History as is two yards and change better than who is second on the list (Thomas Morstead). The NFL only tracked net yards in 1976, so we don't have official data but we've looked back at available records and from the pre-1976 era the best net average we could find is around 38.5. 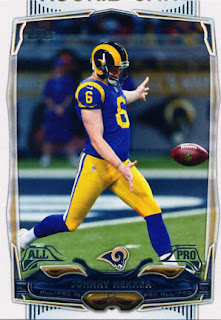 Four of the top ten seasons belong to Hekker, including three of the top four.

Greg Zuerlein has been sometimes excellent, sometimes average in overall accuracy. He has been excellent on kickoffs and in distance kicking, being reliable from 50 yards and beyond, but in 2017 he could be called an All-Pro. He missed just two field goals and one of those was a 63-yard attempt. He also showed a lot of toughness but gutting it out in Seattle a few weeks ago with an extremely painful lower back that he'd played with most of the year and had surgery on recently. 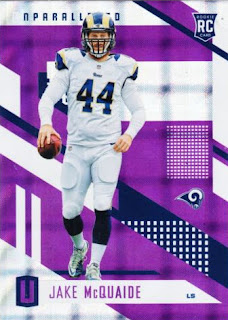 That takes care of the kickers. Now, the return game.

Tavon Austin was drafted in the first round as a future slot receiver, star kick and punt returner and occasional scat back for the Rams. He really only excelled in punt returns in his first few seasons and in the last couple he didn't shine in punt returns, eventually getting benched earlier this year for the lack of the ability to field the punts cleanly.

His job was given to Pharoh Cooper who proceeded to average 12.5 yards a return, better than the 11.2 career best of Austin. Though Austin did return a few to the house, Cooper may yet, but his 2017 pun return season was a fine one. Cooper also played personal protector after Cody Davis went down with injury. 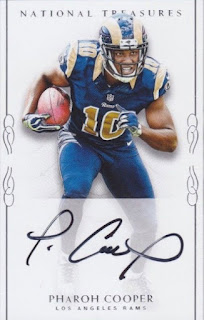 Now, in terms of blocked kicks, the Rams were the NFL's best with three blocked punts and two blocked placekicks. (And one near-miss block by Cory Littleton). So, blocking kicks and not allowing blocks? Has to be a high grade.

Searching through my memory banks 1985 and 1972 came to mind in terms of complete special teams in Rams history. There were years where some units stood out but others suffered like 1978, 1981 and maybe a few others. 1983-85 the Rams units were strong under Coach Gil Haskell. They did it all so it is even hard to pull 1985 out of those but two factors make the difference. They are Ron Brown and Dale Hatcher.

Mike Lansford was the Rams kicker as in his Rams tenure his calling card was being clutch. His 1985 season was likely his best. He wasn't an All-Pro kicker by any means but he was solid and was 2 for 4 in kicks over 50 yards that year. In a league with Morten Andersen and Nick Lowery he wasn't going to be All-Pro often, he was a hard worker, a technician that didn't have the cannon leg. So, looking at the things a kicker is supposed to do Lansford gets a good, solid B+. 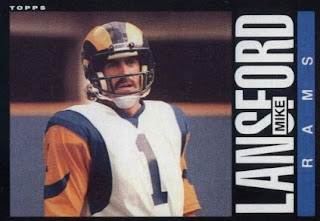 The Rams punter who was a major upgrade over John Misko was Dale Hatcher who was a consensus All-Pro and led the NFL in net punting. So, he gets and A. 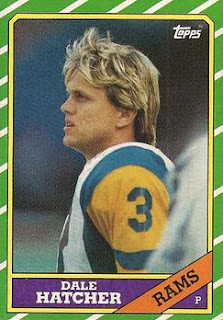 Ron Brown, the Olympic gold medal sprinter was the Rams kick returner in 1985 and all he did was return three for touchdowns. His blinding speed made teams kick away from him and in the 1985 NFC Championship Game the Bears assigned Willie Gault, himself a sprint champion, to the kickoff coverage teams to prevent Brown from busting off a big gainer. Brown's three touchdown returns led the NFL as did his 32.8-yard return average. He gets a A+. 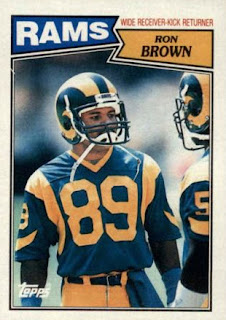 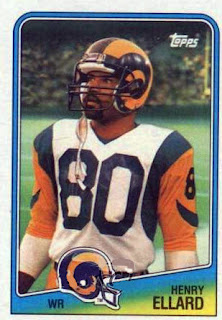 In 1985 the Rams coverage units had to miss Ivory Sully, one of the best Rams special teams players ever. He was great in coverage, and at blocking place kicks and punts. In 1985 head Coach John Robinson traded Sully to Tampa Bay because Sully wanted to start somewhere and with the Rams so loaded at safety, Robinson did him a favor and traded him to a place he could crack a starting lineup.

But in terms of production the Rams coverage units, now led by Norwood Vann, Ed Brady (the long snapper), personal protector Mike Guman, and Vince Newsome, and didn't skip a beat. The punt coverage was among the best (which allowed for Hatcher's tidy 38.0-yard net punting mark) with a 6.9 yards per return (ranked 3rd in NFL) and the kick coverage (19.0 per kick) was ranked 4th in the NFL. So, those, to have to be A-/B+ or so.

In 1985 the Rams blocked three kicks which is good, but there are years the Rams did far better, so let's call that a B because Hatcher did have one blocked.

The Special Teams coach was Rich Brooks who arrived with Tommy Prothro in 1971 and the 1971 units were excellent, too. In fact, the Rams line of ST coaches from 1970-74 was Dick Vermeil, Marv Levy, Rich Brooks, Vermeil again and then Elijah Pitts. Pretty good coaching, don't you think?

The Rams kicker was David Ray. "Checkers" as he was known was another good, but not great, kicker. He didn't have great range but for his era was a solid, competent kicker. The following year he led the NFL in scoring but was again, not particularly accurate. It's hard to give him anything more than a C+/B-. 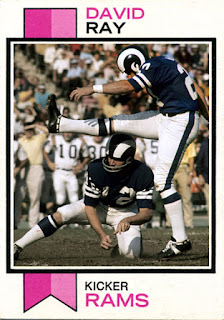 Dave Chapple, however, was simply great in 1972. In 1974 Chuck Knox "ruined" him by trying to cut down his steps and it led to Chapple eventually getting cut. But in 1972 his punting combined with the Rams punt coverage was among the best in the NFL. Chapple (unofficially) led the NFL in net punting with a 42.1 average and had only three touchbacks and over 20 punts inside the 20. His punts were returned for only 54 yards all season. So score that an A+ for the punting and an A for punt coverage. 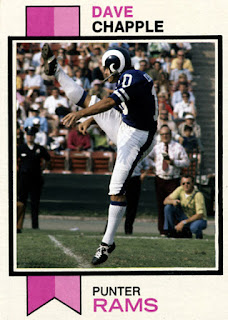 The kickoff coverage was tops in the NFL allowing only 18.5 yards per kick return, which is another A in my book. The leader of the special teams' coverage units was Rich Saul, who was also the long snapper. He led in tackles and was on all the teams, kickoff, kick return, punt, punt return and the placekicking teams. Jim Bertelson was the usual personal protector for the punter and Ken Geddes, Jack Reynolds and Jack Youngblood (usually R-1, R-2 or L-1, L2 according to Coach Rich Brooks and all contributed. 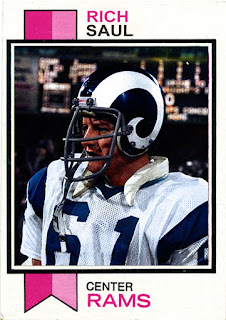 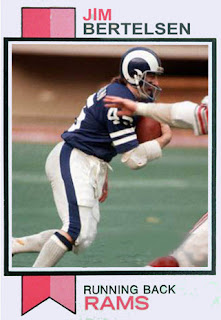 Kickoffs were a C, however. Their 23.0 average was almost the NFL average of 23.1 and they had no touchdown returns and the longest was just 53 yards by Dick Gordon.

That leaves kick blocks and in one of the few years in Rams history there were none and Chapple didn't have any blocked. So, it's another wash, another C.

No, I am not going to do a GPA, but my eyeball test is 1985 ranks first, then 2017, then 1972. But I am confident these are the top three in Rams history, others may come up with a better ranking system, but my guess is that would yield the same three seasons. 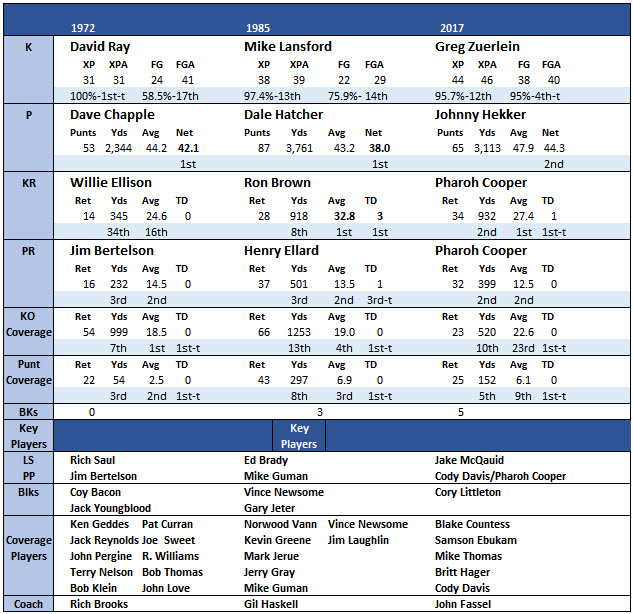