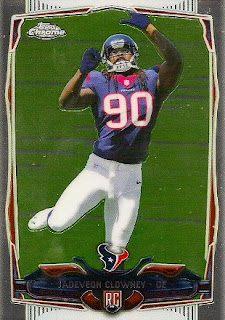 Stats, Inc., no called Stats, LLC, began tracking "stuffs" as a statistic in 1992. They defined it as a running play that is stopped by a defender for at least a one-yard loss. If there were two tacklers they credited each with half a stuff (0.5). The only issue was that they ignored tackles for loss on passing plays, which were becoming more and more common with wide receiver screens and other passes behind the line of scrimmage

In 1999 NFLGSIS, the NFL's own stat group began tracking tackles for loss—both for the run and the pass, but they had the unique way of scoring which is hard to discern for the average fan. The NFL has 'Solo Tackle', 'Assisted Tackle', and then the 'Tackle Assist'. And they seem to group solo tackles and assisted tackles together and tackle assists are left out in terms of tackles for loss.

So, I felt it was important to have a stat that covers run stuffs, pass stuffs, using a common-sense scoring of what is in the NFL Gamebooks and I call it the Run/Pass stuff. It is simply any run play or pass play that is stopped behind the line of scrimmage and the only exception is that it is not a sack.

So, here are the NFL Leaders in this categories using the protocols I've described. 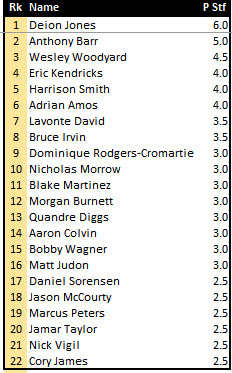