Calais Campbell, PFWA Defensive Player of the Year—Will He Be Consensus? 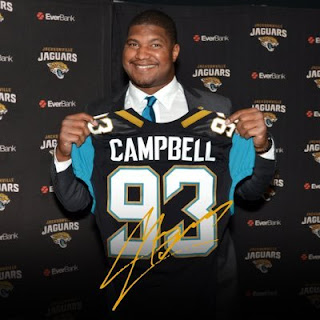 Since 1992 there have only been three seasons in which the Associated Press (AP) Defensive Player of the year did not also win the Pro Football Writers of America (PFWA) award of the same name.

Today the PFWA announced that Calais Campbell is the 2017 Defensive Player of the Year. Next month we will find out of he is a consensus pick since that is when the AP announces it's awards. Odds are that he will be since they winners are so often the same, but then again 2017 could be like 1993, 2010 and 2013 when the awards were split. 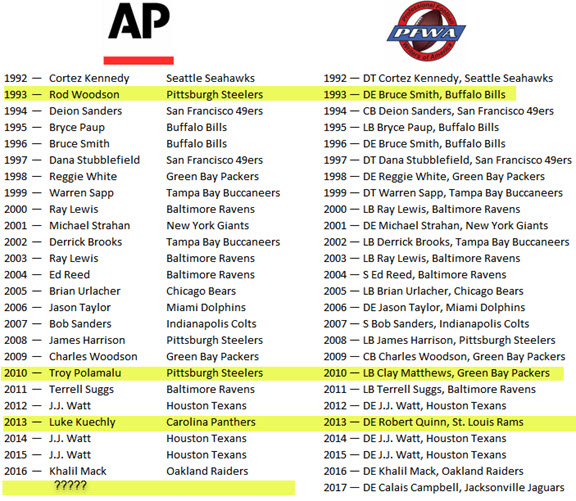