The National Quarterback Club was established in 1985 and began giving out professional, collegiate, and high school awards to the top quarterbacks in each of those levels of play. 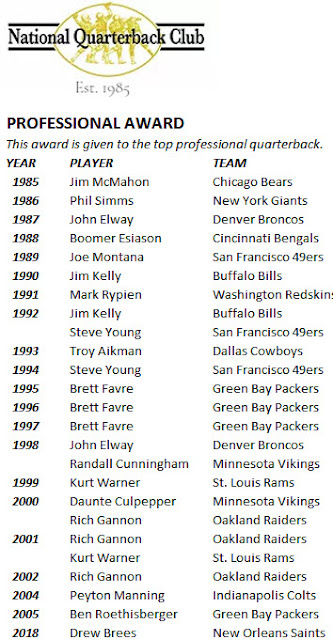 The National Quarterback Club also has a Hall of Fame that currently has over twenty inductees including many quarterbacks who are in the Pro Football Hall of Fame.

Email ThisBlogThis!Share to TwitterShare to FacebookShare to Pinterest
Labels: Awards