Should NFL Coaches be Considered Contributors for Pro Football Hall of Fame? 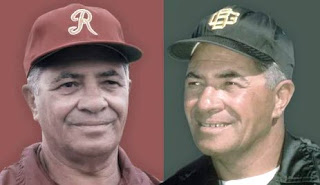 With how difficult it is for the coaches who were very good (Tom Flores, Jimmy Johnson, Don Coryell, etc) but maybe not great (Noll, Landry, Shula, and eventually Belichick) there is, we are told, that there is discussion among Hall of Famer voters and the Hall of Fame that coaches should not have to compete with players for the modern-day slots, of which there are only five per year.

The Contributor category was introduced with the idea that general managers and other contributor-types didn't have a fair shot at the Hall of Fame. It has worked in that Gil Brandt, Bobby Beathard and Bill Polian have gotten in. It also gives a shot for owners, which we don't like, but we understand it. Three of the owners who have gotten in are recent and also have been on the Hall of Fame board of directors. Not good form in our view.

So, who would the coaches compete with and would they take slots of owners or other contributors? Well, we think George Young should get in as a contributor. Steve Sabol is another. Carrol Rosenbloom is interesting. The voters are going to want to put Robert Kraft in soon. We think Elias Sports Bureau's Seymour Seywoff deserves a chance, though we doubt many of the voters know who he is.

Originally the Hall of Fame was to include officials. Art McNally is one who has been considered. And there are others, too.

The Hall of Fame has what is called the Ralph Hay Pioneer Award and McNally has won that.

For about a decade we've nominated Seymour Siwoff and artist Merv Corning for this award, but our nominations have been ignored.  But we feel this is a great award and too few people know about it. However, the Hall of Fame only gives this out every few seasons, so it's not a viable option to award-worthy people who are not quite Hall of Famers. (Amy Trask, we predict will be awarded this someday and it's a great fit).

So, the point is there may be fewer and fewer pure "contributor types" in the next decade so it's possible the quality could go down, to some degree. However, adding coaches to the pool would make sure the candidates nominated will of the high possible quality.

The two Super Bowl-winning coaches we discussed HERE. It also would give a fair shot to the guys who didn't win two Super Bowls (or one for that matter) like Mike Holmgren, Marty Schottenheimer, or even a Chuck Knox or a Dan Reeves or an Andy Reid one day or a great coaching mind like a Don Coryell or a Clark Shaughnessy.

Now, we are NOT advocating for all or some of these, we are neutral on them, but it seems like adding them to the contributor category or having a separate category for coaches that rotates with the contributors seems like a great idea. That way, they can though have a fair shot at it. Otherwise, Bill Belichick will get in five years after he retires, and he could be the next coach in the Hall of Fame if they have to compete with all the worthy players that come up each year.
Posted by John Turney at 12:18 PM