We define a "Career year" as a top performance by a player that is above and beyond an All-Pro year, the best of his career, or at least near it.

We've done this with TEAMS and now are extending it to decades, beginning with the 1950s through the 2010s. Of course, after the 2019 season, we will make changes as needed.

Some are obvious, MVP, Player of the Year Awards, big stat seasons, others less so. We may pick a player who was not even All-Pro for that season, but we make those choices from an informed point of view. So, we welcome criticism and challenges, but be aware we know who was All-Pro in any given year, we know who had the big stat seasons for major stats, but we also know many years of grades from Pro Preview and also crib from the writings of Joel Buchsbaum and others. 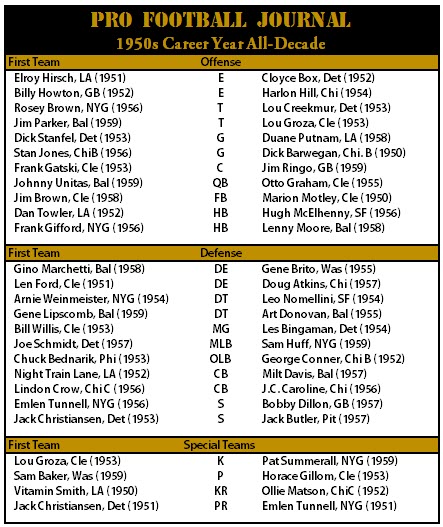 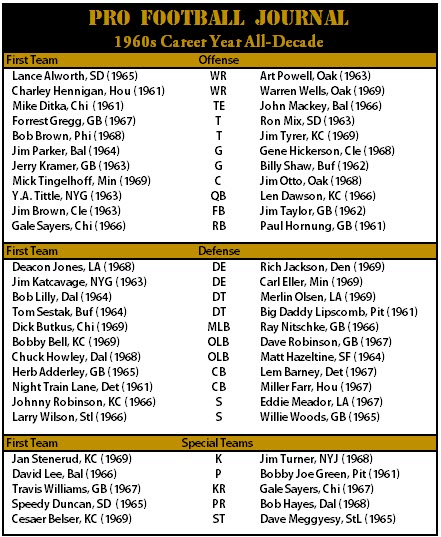 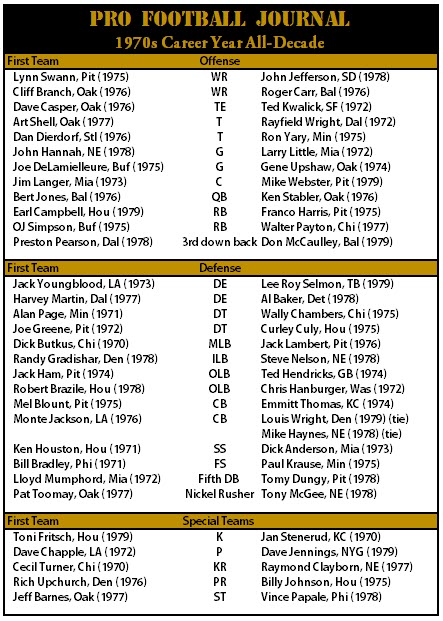 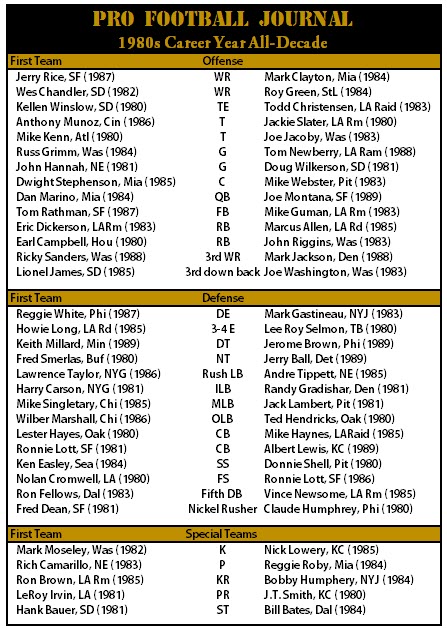 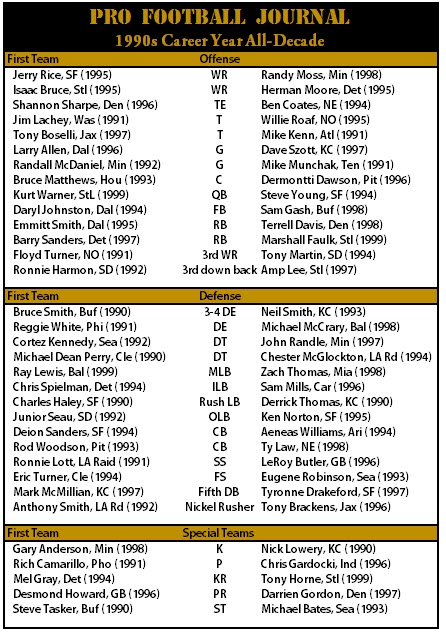 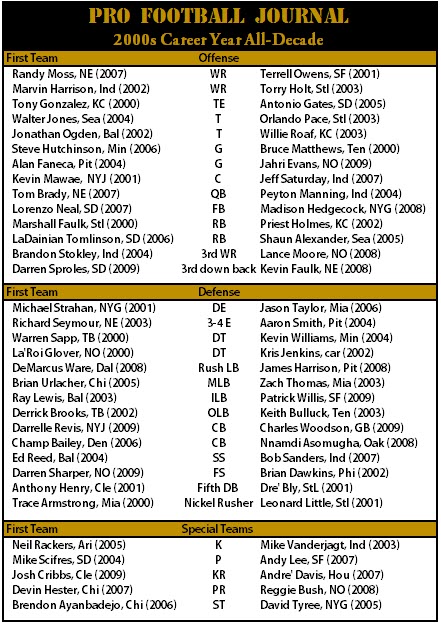 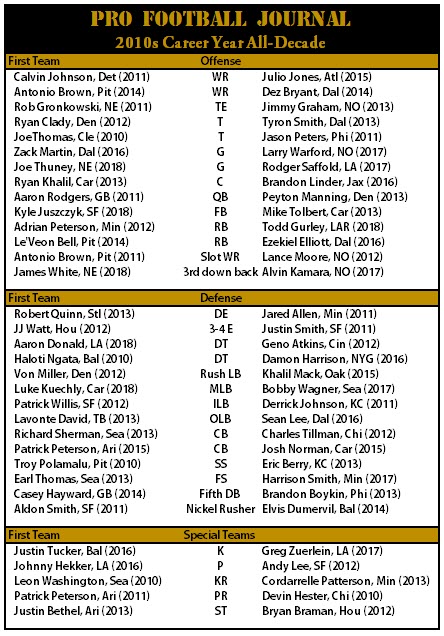