A Trend of Defense on Super Sunday 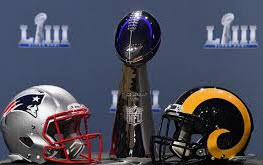 The outcome of Super Bowl LIII surprised a lot of people.  Fans, players, coaches, oddsmakers…many people experienced a sense of puzzlement on that day.  How could the Los Angeles Rams and the New England Patriots – two teams with very impressive offenses – settle into a 13-3 defensive result?   Super Bowl LIII was the lowest-scoring Super Bowl in league history.  Where did this come from? There are several plausible answers. Both the Rams and the Patriots of 2018 also possessed very strong defenses, and they both had two full weeks to prepare their defenses to succeed against the opposing offenses.  Both teams also managed to make several key defensive plays during the first three quarters of that Super Bowl game, which effectively stymied the momentum of the opposing offenses.

But an even more insightful couple of questions involves the history of the Super Bowl.  Has the championship game ever seen defensive stalemates like Super Bowl LIII in the past, and if so, what was the long-term result of those contests? The answer to the former question is yes, and they were symbolic of the types of strategies and trends that symbolized pro football in the 1970s. The answer to the latter question involved a solution that would occur off a football field. And it dealt with an offshoot of the NFL’s Competition Committee’s plan to try to alter the game just enough to permit more offense -- and more passing – into pro football. 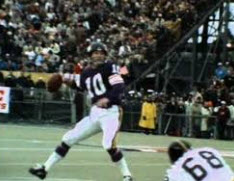 Super Bowls VII and IX were rather nondescript affairs following the 1972 and 1974 seasons, respectively, with low scores signaling a troubling trend for the league office. The Miami Dolphins managed to achieve pro football’s only perfect season with their 14-7 triumph over the Washington Redskins in Super Bowl VII. In Super Bowl IX, the Pittsburgh Steelers won the first title in their existence with a 16-6 victory over the Minnesota Vikings. Both of those games featured very good defenses, but they also included a wealth of glaring mistakes, some of which were difficult to fathom, because these were supposedly the best teams in each conference contending with each other for a world’s title. 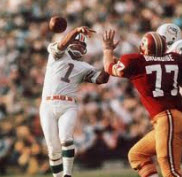 Mention the name Garo Yepremian, and unfairly or not, most pro football fans will recall his botched passing attempt in the fourth quarter of Super Bowl VII.  Yepremian’s miscue led directly to Washington’s only score of the game, a 49-yard return of Yepremian’s errant toss by Redskins defensive back Mike Bass. Five turnovers occurred in Super Bowl VII, while the Vikings and the Steelers combined for seven turnovers in Super Bowl IX.  It was a blocked punt by Minnesota linebacker Matt Blair which resulted in a recovery by teammate Terry Brown for the Vikings’ lone score in their loss to Pittsburgh on that day.

Yet it was not the fumbles and interceptions which set off light bulbs in the heads of the game’s ruling class. Rather, it was the trend of low-scoring games when most of the American populace was watching on national television that unnerved the NFL brass. Many of them had listened to fans complain about the overall lack of offensive excitement that resulted from both Super Bowls VII and IX. They had taken those complaints to heart, and they desperately wanted to avoid a repeat of those two championship games in any future Super Bowl.

What occurred in the aftermath of Super Bowl IX was a three-year battle for the future of the sport. The combatants were a vast majority of fans, most representatives of the league office who agreed with the fans, and all three major television networks, whose representatives firmly felt that increased scoring from more wide-open offenses would attract many more new fans to admire the pro game. All these entities, in one way or another, felt that throwing the ball more would lead to overall growth of the pro game.

In order to obtain more passing yardage and higher scores in the sport, the league’s competition committee in 1978 decided to enforce a five-yard area where defenders could hit wide receivers and tight ends within five yards past the line of scrimmage. After those five yards, a pass catcher was free to run his patterns without being “chucked” by a defensive player. The game’s quarterbacks were also the beneficiaries of another new rule, as offensive linemen were now allowed to extend their arms and lock their elbows when pass blocking. This “legalized holding,” as it was termed by most defensive coordinators, permitted an extra second or more for quarterbacks to find their targets downfield and release the ball with fewer detrimental effects happening to them.

Standing in opposition to all the proponents of the new rules of 1978 was basically a group of influential skeptics, symbolically represented by one lone voice, but a very important voice...that belonging to Don Shula. For several decades, Shula was the epitome of pro football knowledge.  He was first a defensive back for the Cleveland Browns, where he learned the nuances of the sport’s strategies from another Hall of Fame head coach, the great Paul Brown. Shula eventually became the head coach of the Baltimore Colts and the Miami Dolphins, where he would in time achieve more victories than any other head coach in pro football history. By 1978, he had coached in four Super Bowls, winning two of them.

Don Shula loved defensive football, and he undoubtedly loved how the defenses of both the Patriots and Rams played their strategies in Super Bowl LIII. But in 1978, as a much-respected member of the NFL’s Competition Committee, he had held out against the clamoring for more offense in the league as long as he could.  He eventually relented, in the hopes that his beloved brand of defensive football could still be somewhat relevant during all of the insisting for more offense and more scoring.  In the end, the arguments that were used by the majority to get Shula to change his mind have stayed with the game to this very day.  Shula described several reasons – in an admittedly backhanded way – how the offenses throughout the NFL would address the new rules.

“It (the new rules from 1978) does several things,” said Shula.  “For the receiver, it means freedom to run his pattern.  But it will also force the defensive team to commit itself sooner, and this will give the quarterback a better chance to read the type of defense faster. If the cornerback wants to get in a bump at the wide receiver, he'll have to come up far enough to do it within the yards; if he hangs back, he gets no bump at all. Either way, the quarterback has a better chance to pick it up.  When you combine that with the liberalized holding for better pass protection, you increase the chances of completing passes.” 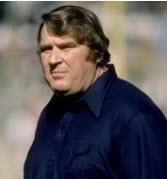 Oakland Raiders head coach John Madden was willing to go either way in this debate between whether offense or defense was benefitting most.  To him, the rule changes of 1978 amounted to how a team addresses issues regarding its roster and on-field personnel.

“Look,” said Madden, “it's all personnel.  If your defenders are a better group than my offense, there is no way I'm going to pass against them successfully; and if my team is better than yours, I'm going to do a lot of passing anyhow, and you won't stop me.”

The statistics in the 1978 season were eye-popping, to say the least.  Philadelphia Eagles wide receiver Harold Carmichael’s yardage total increased from 665 yards in 1977 to 1,072 yards in 1978.   Seattle Seahawks wide receiver Steve Largent pulled in 38 more passes in 1978 than he had in 1977.  These were just two obvious examples of what would be a common annual trend in the league.  More passing and more passing yardage were staples in the league that were here to stay…in the regular season, in the postseason, and in the Super Bowl. And everyone – coaches, players, fans, broadcasters and front office people – knew it.

Super Bowl LIII was an anomaly.  It is doubtful that future Super Bowl defenses will be able to allow fewer points in a Super Bowl than what we all witnessed in last season’s final game. Despite all the efforts that defensive coaching staffs make each year, the trend to provide the game with more offensive excitement is far too pervasive in the NFL these days. Super Bowl LIII just presented us with a needed break from it all.

Don Shula eventually retired from the league’s Competition Committee, and then from the game itself.  Will another defensive stalwart from the coaching or playing ranks replace him in some way? Probably not.  Will there be any more changes to the rules soon to open up the offenses even more, much like the rule changes of 1978? That is hard to tell. But on occasion, the past has a way of repeating itself in pro football, and that includes the responses to past Super Bowl trends. What would be rather unique for the league to consider would be a new series of rules that are geared to help the defenses limit the number of track meets that were visible all throughout the 2018 season.  Don’t hold your breath waiting for that change to come about in any future year, however.

Pro Football Journal note: Pro football author and historian Joe Zagorski will have two books coming out in the next several months.  The Year the Packers Came Back: Green Bay’s 1972 Resurgence (McFarland and Company, Inc., publishers), and America’s Trailblazing Middle Linebackers: The Story of NFL Hall of Famer Willie Lanier (Rowman & Littlefield, publishers), are slated to hit the shelves during the 2019 football season.