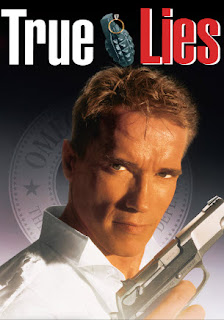 Can information that is accurate be misleading and give false impressions to those it is communicated to?
Years ago I knew a United States Congressman and when he ran he touted that he was ex-military and that he'd been a pilot. However, in some meetings I attended and on his website, it was announced that he was a "Viet Nam era pilot". Still, to me, no problem.

However, for the group that was outing people they accused of "stealing valor" (puffing of military resume) it was a problem because while true, his website left the casual reader (and I was one of them) with the impression that he served in Viet Nam. So, the words were 100% accurate but was it deception?
The only fair answer is yes.

That was the nugget I have an issue with. While it's not the backbone of the case for Tom Flores for the HOF (his two rings as a head coach is that) it's one of those true lies. It was presented as a bullet point or talking point as to the main reasons why Flores should be in the Hall of Fame. They gave maybe three or four reasons and that was one of them.

What the defenders of this nugget refused to accept that when you put that kind of thing out there it casts doubt on the rest of the information. It flirts with falsus in uno, falsus in omnibus or "false in one thing, false in everything" which can even be a jury instruction in our court system. It simply means it's reasonable for a juror or person to not believe anything a witness says if they think he's inaccurate about one thing. And if the jury of the HOF committee were to adopt that it could actually hurt Flores. I think they are smart enough to see that and dismiss it but you never know. Flores is worthy of the Hall of Fame but his case shouldn't be augmented on things that are misleading, in my view.

"Winning a ring" is a phrase that has meaning. It denotes that the player contributed to the ring, especially as a quarterback. While accurate no one says Marc Wilson won two rings. They rightly say Jim Plunkett won two rings. Both are true, but one would not fit the actual meaning of the phrase. 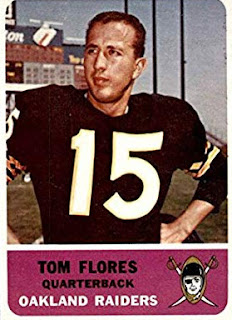 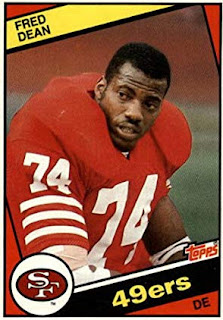 This is not the only time there have been misleading things presented to make cases for Hall of Famers. In the case of the Flores nugget, I don't think it was coming from HOF voter(s). However, when Fred Dean was being presented it was expressed that he was an "innovator" and his innovation was that he invented or was the first player to be a third-down rusher or designated rusher. This information was communicated to me on a couple of occasions by Hall of Fame voters.
This information was accurate.
It was not malicious nor do I think the nuggets about Flores are somehow evil, it's not it's just deceptive. I think it's simply well-meaning people trying to achieve something and using all the things they can to get it done.

However, if the Committee chose Jimmy Johnson or some of the other two Super Bowl-win coaches or even Mike Holmgren or someone else, we'd have no issue. I have posted my thoughts on the coaches a few times. My take is simply that either all the two-win coaches should get in or none of them. I simply cannot separate them.

The issue is if I read before or after his election (which is inevitable in my opinion) that among Flores' HOF bona fides is that he is one of two people who have a ring as a player, assistant coach, and head coach then I will simply laugh because someone doesn't know the difference between the literal meaning of a phrase and the actual meaning of that phrase and that is a definition of irony. And the irony is usually funny.
This post was edited on 1/21/2003
Posted by John Turney at 7:22 PM