The Many Positions of Rich "Tombstone" Jackson 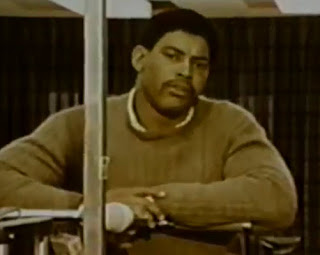 The late Paul Zimmerman was a big fan of Rich Jackson—he even advocated for Jackson's election to the Hall of Fame. However, interestingly, he never wrote about Jackson's penchant for being moved around in the Bronco front seven.

With the Raiders Jackson played linebacker but he arrived in Denver in 1967 and he was put at right defensive end. In 1968 he was moved to left defensive end as his usual position.

However, with four talented linemen, the Broncos would move their linemen around like chess pieces, putting Jackson at all four defensive line positions and at least two linebacker positions.

Film study shows that Jackson moved around fairly often in 1968 playing most, if not all, line positions and most of the linebacker spots as well but not as much in 1969. However, from 1970-72 (until traded) he moved all along the line but if he played linebacker we didn't see it.

Still, we'd say he played his usual left defensive end 80% or so of the time with the rest at the right end or tackle with some snaps, as you see, as a linebacker who usually rushed, but did drop into coverage. he really was a  remarkable player.
Posted by John Turney at 7:24 AM