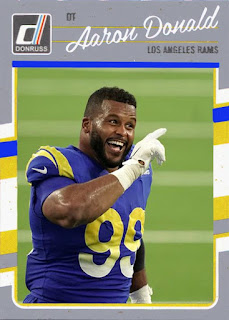 Yes, you read the title correctly. However, the caveat is this is a back-of-the-envelope comparison using how defenses of the past ranked in certain categories compared to how the 2020 Rams rank in the same categories.
Here are the 2020 Rams defensive rankings in the NFLGSIS database and we decided to use the same categories for the past defenses. That can be a bit of an issue but as the title suggests this is a "so far (after nine games) comparison and there are nine games left and the Rams face so good offenses in the final nine weeks.
If you add up the ranks of the categories mentioned (2 points for 2nd in total yards and 1 point for yards per play and so on) you arrive at 38 total points. Keep that in mind—38 and note that the lower the point total the better. 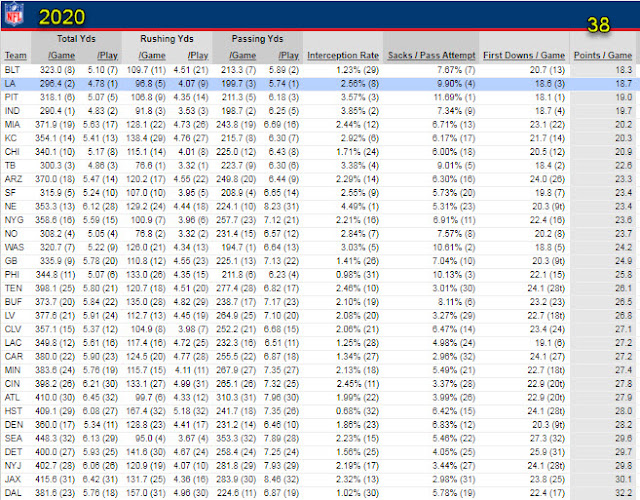 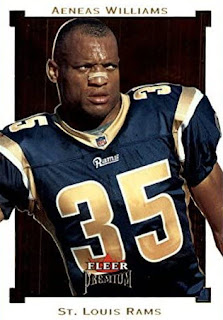 Here is 2001, the last time the Rams had an excellent all-around defense i.e. one that ranked highly in lot total yards allowed, low rushing yards allowed, high in sacks, etc. It was the first year of the Lovie Smith Tampa-2 scheme, a big change from the 2000 defense which was a huge disappointment. The 2001 defense was efficient in every way.
The total rank "number" is 64, which is still excellent. So even though the 2001 Rams defense allowed fewer passing yards per game the rank is lower for the 2020 Rams defense due to the changes in the game. The rankings, however, don't change. 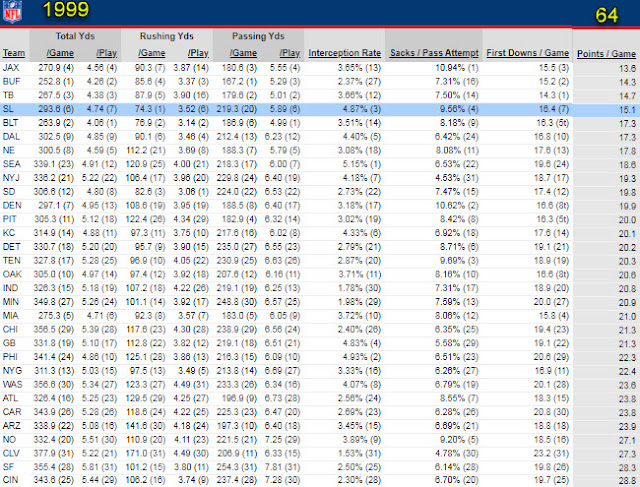 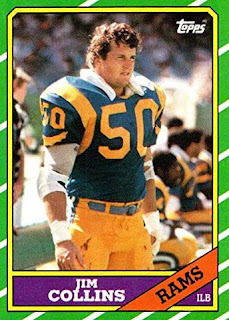 In 1986 the Rams defenses were excellent but didn't get the publicity of some others likely do to the fact they didn't have a dominant pass rush in 1986 and in 1985 any discussion about defense began and ended with the Bears defense. But in 1985, especially, the Rams defense was solid. They stopped the run and in nickel and dime were effective. 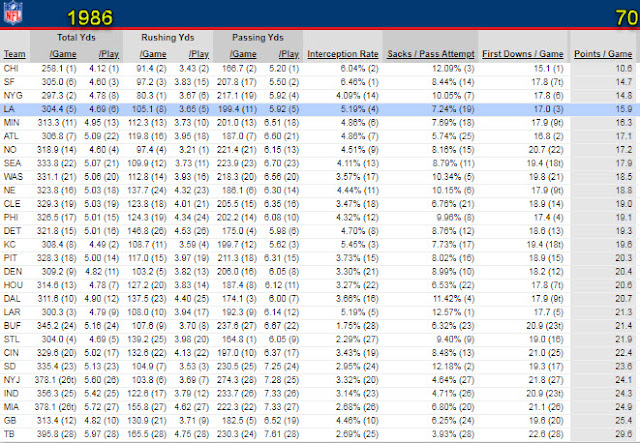 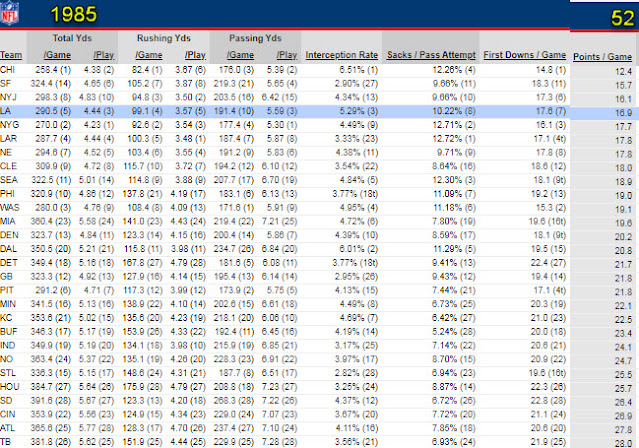 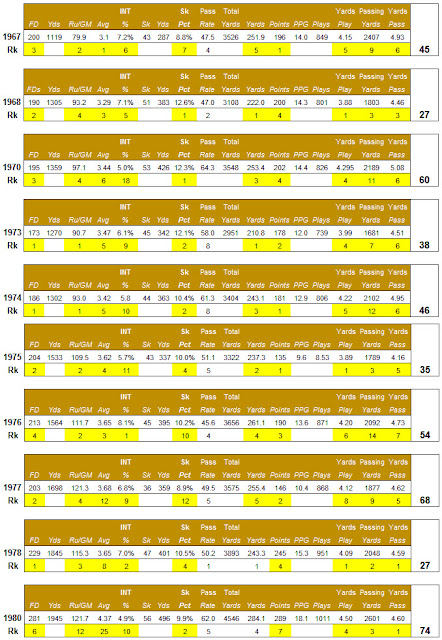 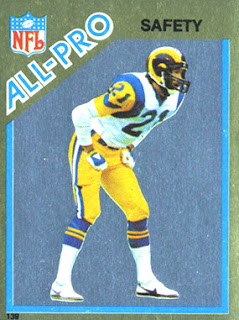 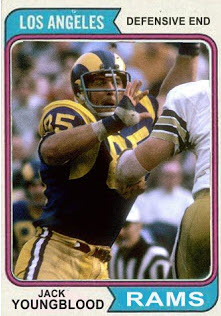 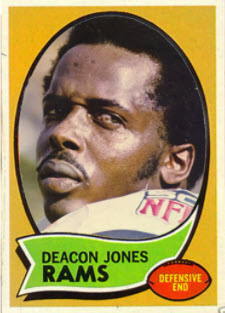 One thing we are not going to deal with we mentioned a couple of paragraphs above—touchdowns the defense is not responsible for. That could be a kickoff or punt return or a pick-six thrown by the quarterback or a scoop and score when the offense was on the field.
We've tracked those to come up with a "net points metric" but we've been lax in posting about it recently. But that is a discussion for another day. 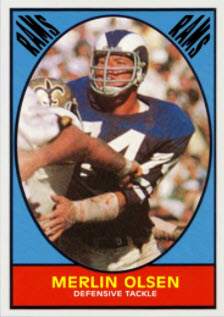 So, the good news for Rams fans is Brandon Staley, the Rams defensive coordinator is doing a fine job. He runs Penny front (33 nickel personnel aligned in a 5-1 look) mixing in a lot of Bear/Cheat fronts. There are some 3-4 looks but when the Rams are in base they run a 4-3 (in a 6-1 alignment) more than the 3-4.
In likely passing downs, they are in a 40 nickel with the end being linebackers (Leonard Floyd is one end and take your pick at the other end). 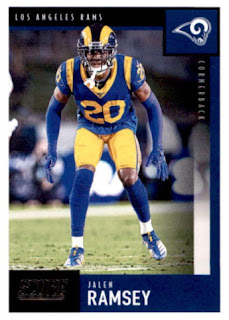 The two stars of the defense are of course Aaron Donald and Jalen Ramsey. But Darious Williams, John Johnson, and Leonard Floyd are playing very well and Michael Brockers is steady as always.
Rams play a lot of two-high looks at the snap but one of the safeties usually plays a robber look after the snap—looking to make a big play on intermediate crossing routes. Ramsey is playing outside in base and in nickel, he plays both the nickel (Star) position and outside and will also match up with the top receiver and follow him around. 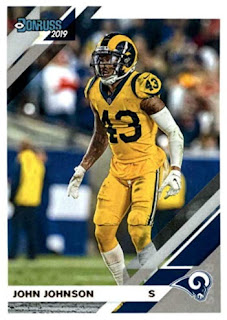 The Rams have had some injury issues at right safety with rookie starter Jordan Fuller, Taylor Rapp, and rookie Terrell Burgess all going down for various amounts of time but fortunately, it is the Rams deepest position and Fuller is now back and Nick Scott plays left safety when the Rams drop John Johnson to linebacker in some sub-packages.
And though numbers can only tell part of the story, when a defense can score high in stopping the run, sack the quarterback at a high rate, keep total yards and passing yards low, pick off a high percentage of passes and most importantly keep opponents from scoring relative to all the other teams in the NFL, it is doing its job.
And when it's doing those things at a rate similar to the Super Bowl defenses of 1999 and 2001 and better than the good defenses of the mid-1980s and on par with the great defenses of the 1970s it is also doing its job.
So, after nine weeks, Rams fans can say this IS a great defense relative to the league and relative to the great defenses of the past, too—IF they can keep it up.
We will see.
Posted by John Turney at 3:20 PM