In 2012, as per Pro Football Reference, the Dolphins beat the Rams 17-14 despite being outgained by 270 yards in that game.

In 2012 the Rams moved the ball but kept shooting themselves in the foot with penalties and turnovers (though they were not the pick-six or scoop-and-score variety) but nonetheless, they stymied drives and kept Miami in the game.

One note: the Rams attempted to tie the game on the final play with a 66-yard field goal attempt by G reg Zuerlein which was long enough but was wide left. 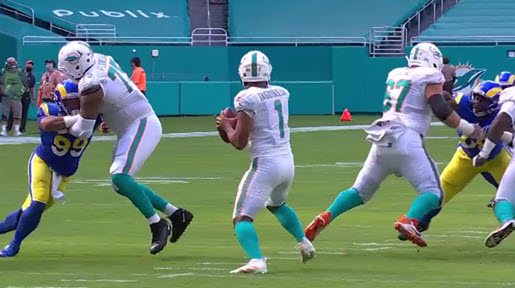 So, there you have it. 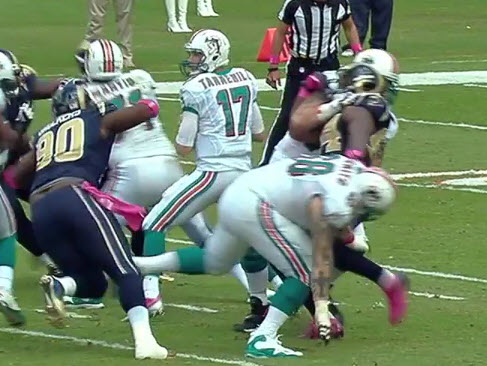 In Miami, two wins, despite being outgained by nearly six hundred yards in those wins. Both Miami teams were led by rookie quarterbacks, Ryan Tannehill in 2012 and Tua Tagovailoa today.

That is quite an oddity. Clearly, the Dolphins have the Rams number where it counts—in points