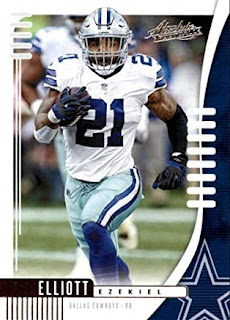 Ezekiel Elliott has surpassed 60 games, which we've used as an unofficial milestone to be included in the All-Time charts for running backs. As of the end of October 2020, Elliott is second only to Jim Brown in terms of yards rushing and receiving per game (for ease of comparison we look at it per 16 games, just multiplying the per game average by sixteen).

We've highlighted the four backs who are in the top forty and who are still active.
Posted by John Turney at 10:18 PM