The watch is on!  Buffalo's third-year quarterback Josh Allen is closing in on club record that has stood since 1967.  When Allen scored a touchdown on the ground in the Bills' Week 4 victory over the Raiders, it marked the 20th score via that route for the Wyoming alumnus.  He's on a remarkable pace, as this marker came in just his 33rd NFL game.  The career record for most rushing touchdowns by a Buffalo quarterback is 25, held by the late Jack Kemp.  What makes Allen's achievement more impressive is the fact that Kemp did not reach career TD #20 until his 49th game with the Bills (Week 3, 1966 versus Miami). 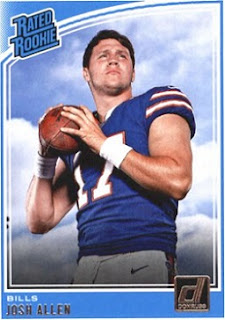 It appears that, barring injury or some sudden dip in performance, Allen should pass Kemp on the Bills' all-time list before this season is over.  No doubt everyone in Bills Country will be keeping a close eye on this chase! 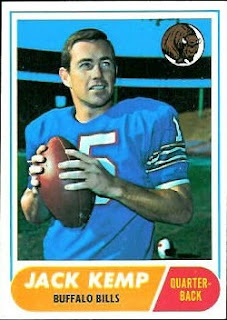