Johnny Hekker Still in a Slump? 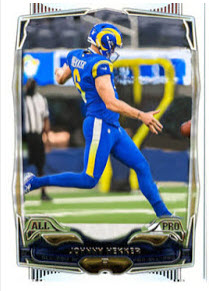 Last April, before the 2019 season we though Johnny Hekker had played long enough and his peak was sufficient to name him the GOAT (greatest of all time at his position).

However, he had a poor (for him) 2019 season and is not off to a great season through the first quarter of this year, though that could change.

Hekker is still the all-time leader in net average (by two yards over the next highest) and the in-side the twenty to touchback ratio and other key metrics so his status as the GOAT still remains, but the question is for how long?

For the last 20 games his not been the best punter of the game as he had been from roughly 2013-2018. here are a couple of charts comparing him to Ray Guy at similar points in their careers. 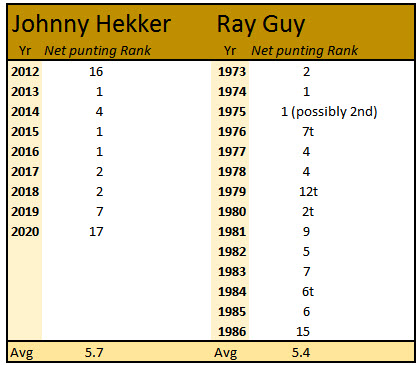 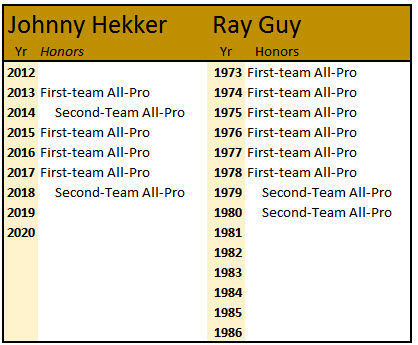 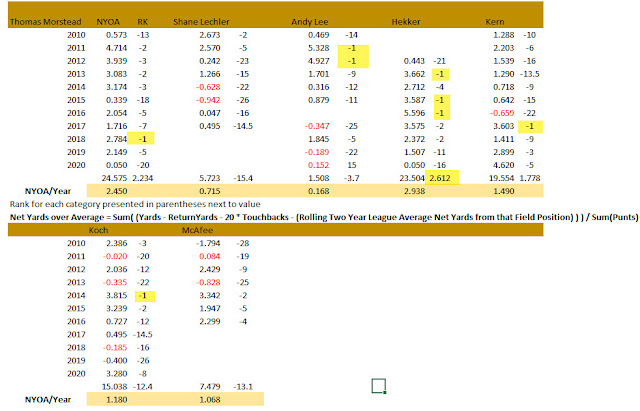 There are (hopefully) twelve games left in the 2020 season and there is time for Hekker to gain a lot of ground. But when you compare Hekker to the average punter he's still more than adequate, especially when you consider intangibles like his ability to execute fakes, but when you compare his last 20 games to the lofty standards he set, there is a gap. Time will show if it's temporary or not.