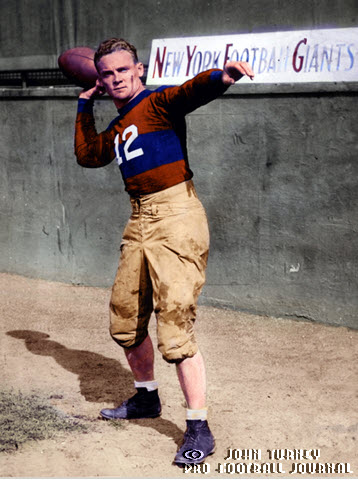 Today PFJ looks at another all-time team. This one is done by Chris Cagle, former Army All-American halfback, who also played 5 seasons in the NFL with the New York Giants (1930-1932) and Brooklyn Dodgers (1933-1934). In 1929 at Army he appeared on the cover of Time magazine (Sept. 23, 1929 issue). Although he never became a great NFL player, he did become a player-owner, along with John "Shipwreck" Kelly, in buying the Dodgers for two years.

Titled an "All-American Team," Cagle mainly listed players he played against in the NFL. Only listing Notre Dame guard John Cannon, as primarily a college stand-out. In 1937 he gave his all-time team: 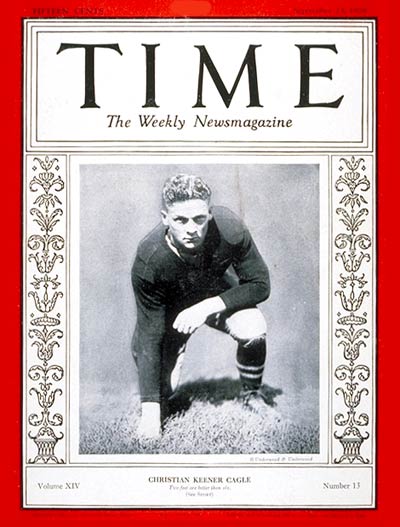