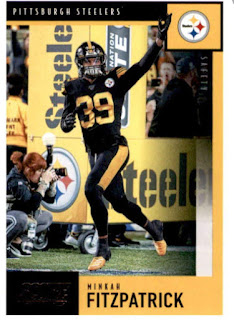 This past Sunday we were able to see two of the best all-time rivalries by having the Rams journey to San Francisco to take on the 49ers. October 18th, 1964 these two teams were fighting to stay afloat in the western conference race.

Rookie receivers Bucky Pope of the Rams and Dave Parks of the 49ers both had terrific afternoons gaining yards receiving. The game is historical simply because the Rams defense returned 7 interceptions for a whopping 314 yards. Aaron Martin, Jerry Richardson, Bobby Smith, and Frank Budka were not exactly household names, yet when Brodie and Mira threw errant passes these youngsters pilfered the ball and set sail for the goal line.

Not sure how many of you have ever seen the highlight film of this game, but it sure is entertaining to watch. Cleveland and Pittsburgh have been trying to bloody each other since 1950, and though both teams have had their time when they dominated the rivalry, there is no doubt the Steelers at home dominate the Browns at this point in the series.

Researching the history of the game has been a delight for me (bet all of you knew that), and combining the stats with what I learned as a coach took me down some interesting roads. Are you ready to travel down a couple of those roads?

The second road takes us down the interception for a score trail. When a team returns an interception for a touchdown they win about 79% of the time(1933 through 2020). The Browns and Steelers had played twice before on October 18th. The first was on a Saturday evening in '69 when the defending NFL eastern conference champion Browns took the measure of rookie head coach Chuck Noll's Steelers 42 to 31.

The second came on October 18th, 2009 when the Steelers beat Cleveland at home 27-14. This background takes us to our third road to travel; when a team has a 100-yard rusher and returns an interception for a touchdown they should win at a very high percentage.

How about 91%.....and on Sunday Minkah Fitzpatrick got the Black & Gold off to a strong start by intercepting, and dashing into the end zone. As the game wore on James Conner continually pounded away, broke Cleveland attempted tackles and gained 101 yards on the ground. Discussing this stat years ago with Steve Sabol, we both believed there should be a name for this stat....and both of us really liked the Grantland Rice poem about Notre Dame and the four horsemen, and as such thought it just might be catchy enough—thus "Apocalyptic Horsemen".

Finally, in closing, we are at a point in the season that the standings are beginning to take shape, and we can all see games coming up that will sure help decide who wins each division. The NFC East remains interesting not only because the overall won and lost record may lead to the lowest overall division winning percentage of all-time, but that someone will actually win the division and go to the playoffs. Most likely with a record around .500.

Since the NFC East has so few wins, then there must be a couple divisions that have strong records? The AFC North and NFC West have teams that are not only in contention for the division title, but wild card berth's also. Expect the folks that decide who is going to play in prime time to have the enviable task of switching some of the games in these two divisions later in the season from 1pm starting time to either late afternoon or evening.