Vikings Cook Up Victory at Lambeau 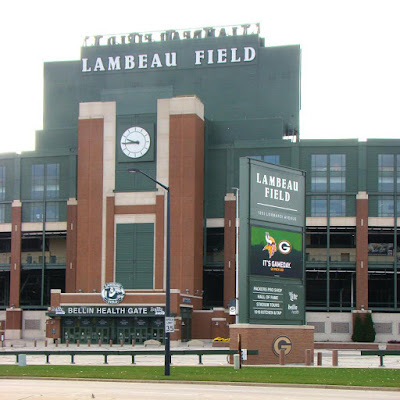 Dalvin Cook picked up the Vikings’ offense, placed it on his shoulders and proceeded to carry the load as no player had ever done in a regular-season game against the Packers.

Green Bay had no answer for Cook who played run and catch with abandon Sunday. The dialed-in back stacked up more than twice as many yards from scrimmage as any other player on the field in Minnesota’s 28-22 triumph at Lambeau Field.

“The only way the Vikings win this is if Dalvin Cook runs for 250 yards, which isn’t out of the realm of possibility,” wrote Tom Silverstein of the Milwaukee Journal Sentinel in predicting a 35-21 Packers’ win.

Cook did his best to get there. He pounded out 163 yards on 30 rushing attempts. He added another 63 on two receptions to finish with 226 yards from scrimmage.

Never did Minnesota go more than three plays in a row without getting the ball to Cook.

Cook earned all 11 of Minnesota’s rushing first downs. He moved the chains twice more on receptions of 13 and 50 yards, the latter a sprint to the end zone that put his team up 28-14.

With that reception and his three scoring runs (21, 1 and 1), Cook became the first Vikings player to notch four TDs in a regular-season game against the Packers.

According to Pro Football Reference, Cook became the 10th player to amass more than 225 yards from scrimmage at the expense of the Green and Gold. He is only the second Viking to do so after Darrin Nelson (256 on Nov. 13, 1983).

Though his output wasn’t a record, the rate at which he was utilized set a standard. Cook touched the ball on 32 of Minnesota’s 49 offensive plays (65.3 percent).

That broke Sammy Winder’s mark of 62.7 percent (32 of 51) established in a snowstorm in Denver in 1984. Winder was far less productive, picking up 103 yards against the Packers in the Broncos’ 17-14 victory.

Clearly, the Viking’s game plan was to feed Cook. The approach paid off in spades.

Cook collected 226 yards, 13 first downs and four touchdowns on 32 touches. The rest of the team picked up 98 yards, 4 first downs and no scores on the remaining 17 snaps.

Cook’s production was light years ahead of the season opener in which he managed 48 yards on 13 touches as the Vikings fell to Green Bay 43-34.

In getting the lion’s share of the work, Cook drove home a reminder of just how fragile Green Bay’s run defense can be. Up next is San Francisco which exploded for 285 on the ground in the NFC championship game.

Losing two in a row for the first time under head coach Matt LaFleur just became a very real possibility.

Opposing players who touched the ball on more than 55 percent of their team’s offensive plays in a regular-season game against the Packers.