Over the past couple of years, Chris Willis of NFL Films and author of several essential books on the early NFL has posted the All-time teams as chosen by many of the All-Time greats such as Don Hutson, Johnny Blood, Sammy Baugh, and others. Willis even has his own team, based on his heavily-researched series of the top players in the pre-WWII era.

For comparison purposes here is a chart of all those teams. We think it is a fair representation of the consensus of those teams and gives readers unfamiliar with that era who the best players of that era were. 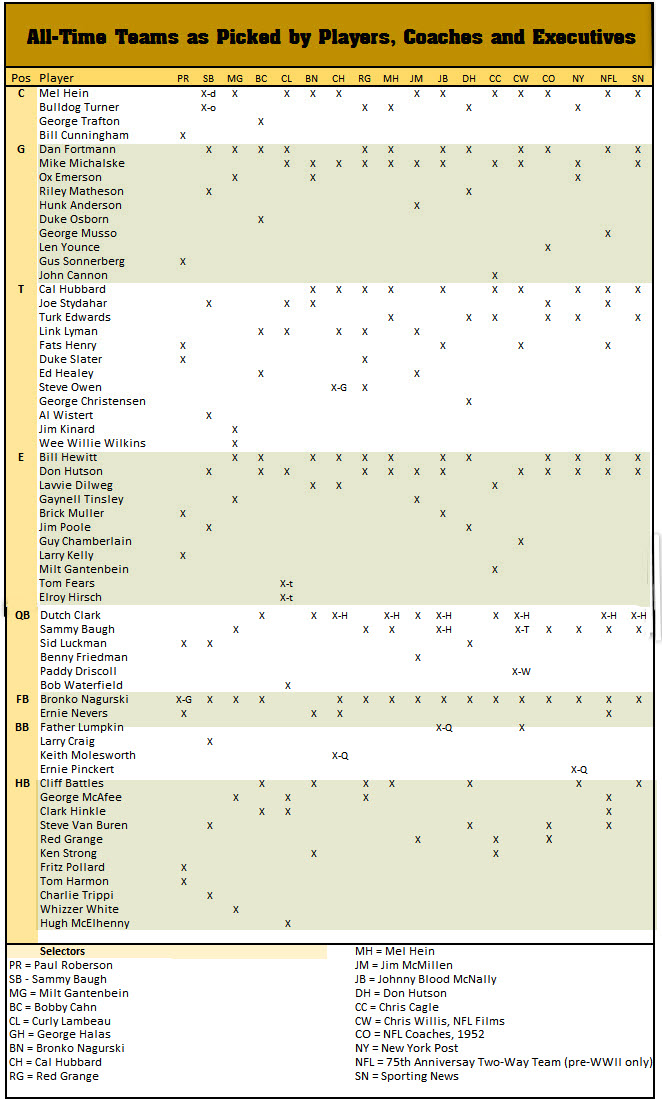 Steve Van Buren is sort of an anomy because he played mostly after World War II and he got four votes, one more than Grange and Hinkle and the same as McAfee. Like the voting for the tackles, it was too close to call. So you can make up your mind as to who you want in your backfield.