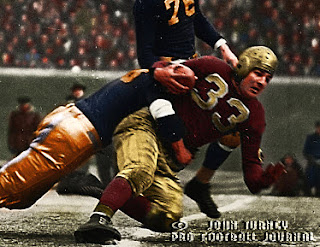 While playing the Los Angeles Rams on the west coast to finish out the 1949 NFL season, Redskins quarterback Sammy Baugh gave an interview with Frank Finch of the Los Angeles Times. During this interview Baugh talked about playing his thirteen seasons with the Redskins (35 years old). At the end of the interview Baugh was asked to give his all-time opponent team. After playing near a decade and a half in the NFL Baugh choose: 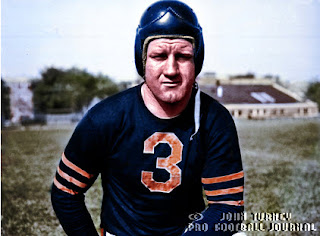 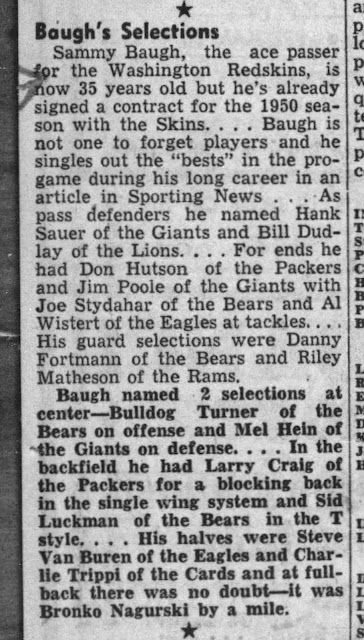 Baugh selected Trippi over two more Hall of Famers, Bill Dudley and George McAfee. "How I'd like to throw to Trippi," said Baugh. Slinging Sammy also thought very highly of Riley Matheson, "the best middle linebacker I ever hope to see," mentioned Baugh. Also in the article, Baugh selected two players who he thought were the top defensive players he played against, choosing Hank Soar (New York Giants) and Dudley.

Three years later Baugh retired from the NFL.
Posted by cdw83 at 5:24 AM