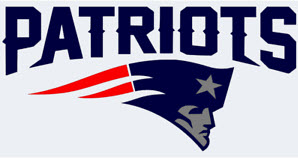 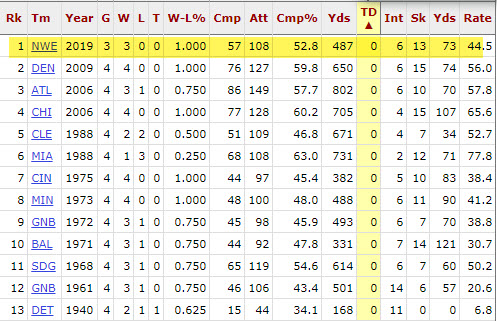 Of course with Ben Roethlisberger being injured in game one and the Dolphins and Jets (Sam Darnold out with mono) the strength of offenses they have faced it not exactly top-shelf.

The 1972 Packers and the 1988 Browns both went through seven games into their respective seasons before allowing an opposing touchdown passes. We 100% doubt that the Pats can make it to week eight without allowing a passing score with the passing game as it is today, but they certainly have a to extend their streak to four games tomorrow, but it will be much tougher versus the 3-0 Bills.