PERSPECTIVE
By John Turney
Often we take tackles for loss in the run game (stuffs) for granted. They are rarer than one might think and are hard to make happen for a defense. After all, the offensive guys get paid too, and when they run the ball they have linemen trained to take on smaller guys and given the dynamics of the game the vast majority of runs at least make the line of scrimmage with the mean being about four yards per run, historically.

However, if it's first and ten and a team runs the ball, they at least expect to get that four yards and it's second and six and they can run or pass the ball, it's dealers choice at that point. But if the defense can diagnose what is happening and throw the running back for a loss, it's second and eleven and makes it somewhat tougher to run a second time. In a real sense the offense id behind the sticks five yards.

Pro Football Journal's Nick Webster has been tracking stuffs (both run and pass) like no one else. Stats, LLC., tracks stuffs but only in the run game. NFLGSIS/NFL tracks tackles for loss that includes slip screens and losses in the passing game but exclude assisted tackles and exclude plays where a fumble is forced and then adds in sacks. So neither source is clean in terms of expressing a key stat on its own like we all do with sacks.

Among the best at making tackles behind the line of scrimmage over the years has been Lavonte David. In his first seven seasons, he's already made 87.0 stuffs—an incredibly high number.

Opening week of 2019 was no different. Even though the Bucs moved to a 3-4 base and he's playing inside linebacker, he's still doing almost the same things he always had. It's a one-gap 3-4 and he flowing to the ball.

Here is an example.

You can see the three Bucs that are down lineman, one on a 'shade' strong on the center. There is a defensive end head up on the tackle. An outside linebacker (SAM) in one the tight end to the right. On the backside, David is on the inside of the guard on the second level—He is the MO or weak inside backer. There is a three-technique over the left guard's outside shoulder and a WILL 'backer on the outside of the left tackle. 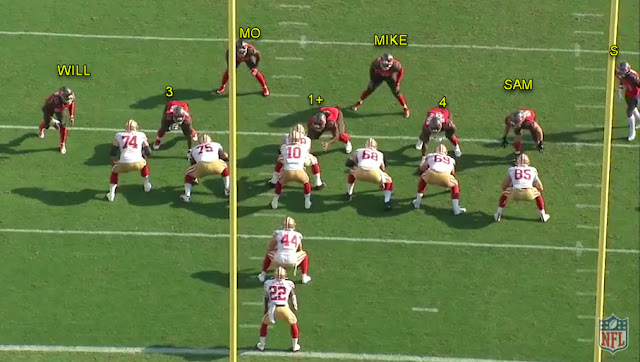 And from reverse angle— 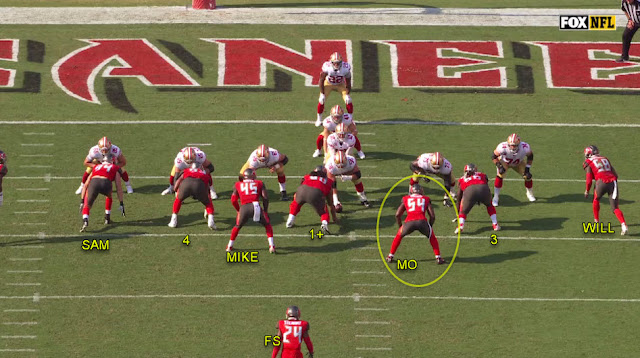 Here are the blocking assignments— 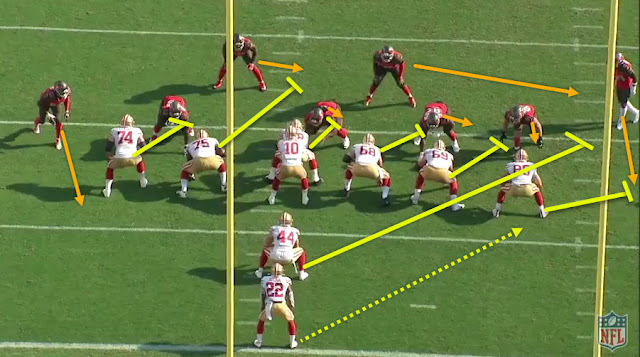 Now, look at Vita Vae's (the nose tackle or 1+ tech) charge. Rather than go to his left, he went to the right and 'backdoored' the center. Inconsequential, right? 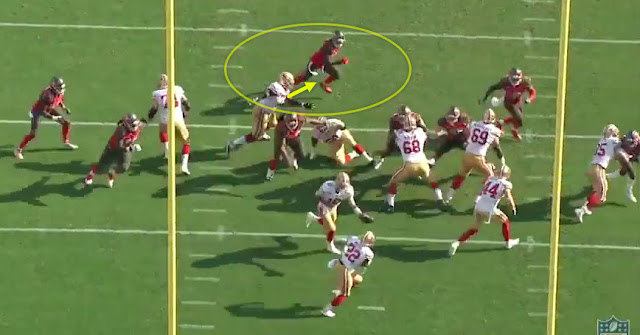 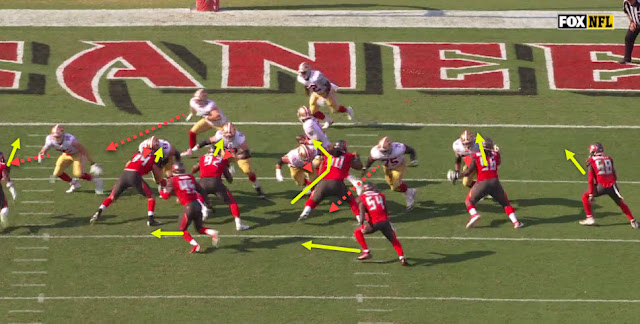 Wrong. The contact Vae made with the left guard meant that David was going to flow to the ball without having to contend with a block. Had the left guard made contact or even disrupted the steps of David then play outcome would have been different. 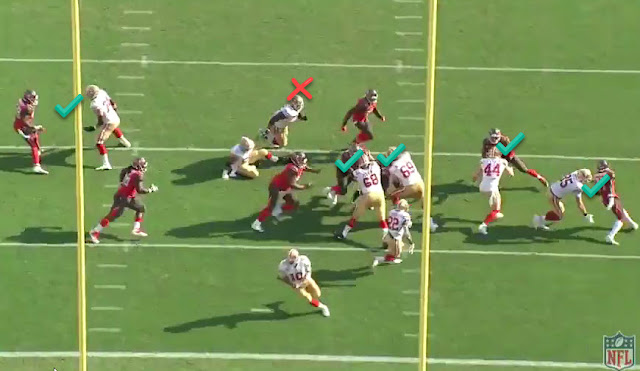 All the green checkmarks are good blocks, the point of attack is sealed up. But the red 'x' show the left guard chasing David who is moving like a rocket ship to the ball carrier. 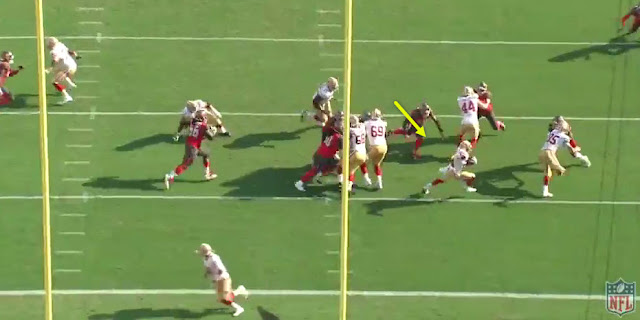 As can be seen there is running room for the back but the unblocked, full-speed David is closing.

David dives and clips the back's back foot. 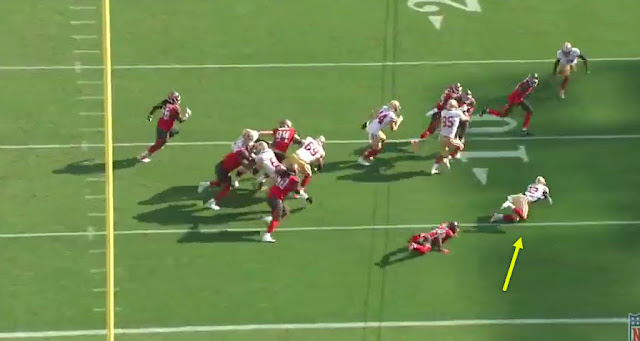 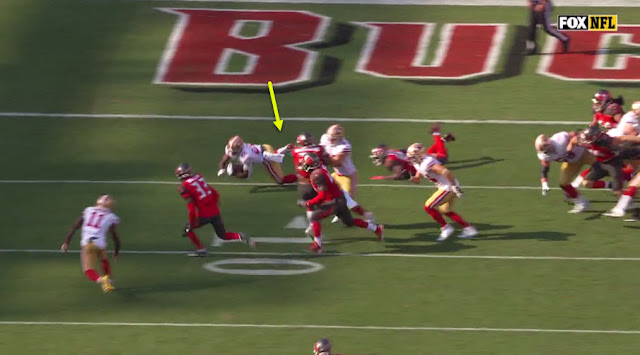 The back goes down for a two-yard loss.

It was a shoestring tackle and David deserves a lot of credit. His instincts and speed and effort made the play. It is what has made him our top 4-3 WILL linebacker for the last seven years. However, kudos also got to Vita Vae whose contact with the left guard slowed him enough to not allow any impedance to David and as is illustrated any hinderance would have meant that David couldn't have gotten there.
Posted by John Turney at 4:25 PM