List of NFL's Perfect Passers (158.3) and their Passer Rating Without Limits 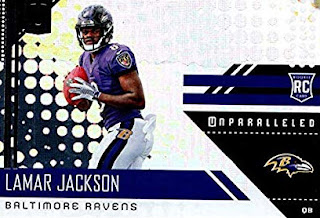 Yesterday Dak Prescott and Lamar Jackson both had "perfect" passer ratings of 158.3, but without the "limits" in the formula, Jackson's rating was 223.8 and Prescott's was 161.6.

What do we mean? When the NFL passer rating was designed in 1973 by Former Pro Football Hall of Fame executive Don Smith and his committee they had no way of knowing the NFL's passing game would explode in the next 40 or so years. Back then a passer rating of 100 was about as high as one could expect. A rating of 90 was "excellent" and 66.7 was "average".

Now 90 (or so) is average and is going up seemingly every year.

The formula that they came up wit has upper and lower limits purportedly to normalize outlier stats. The committee used historical standards to come up with the formula and they recognized that there was sometimes an excessively high number on one of the four categories—completion percentage, yards per attempt, touchdown percentage, and interception percentage.

Without going into details sufficeth it to say that when these limits are removed the so-called perfect passer rating of 158.3 is not 158.3. (Of course, all of this is leaving aside the point that the passer rating was never designed to be used for a single game—it was for a season or career, but be that as it may, it's been done so we'll play along).

With players that had 15 attempts or more, there have been 49 with a perfect rating. Here is there passer raring without the upper limits. Jackson's was the sixth-best ever while Prescott's was the lowest "perfect rating" if you will. 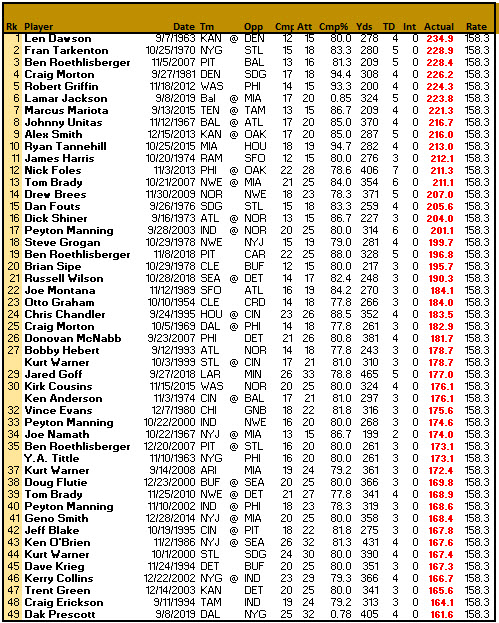