Why You Still Cannot Reply on Starting Lineups Listed by Gameooks 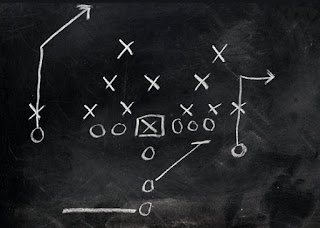 We've posted on this before, but here are a couple of examples from the first seven days of the 2019 NFL season.

This is the starting lineup for the Panthers for Week 1— 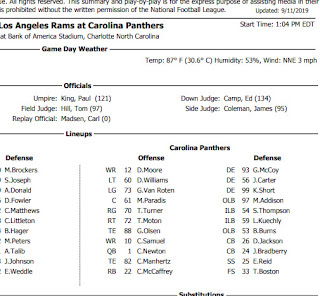 This is who actually started— 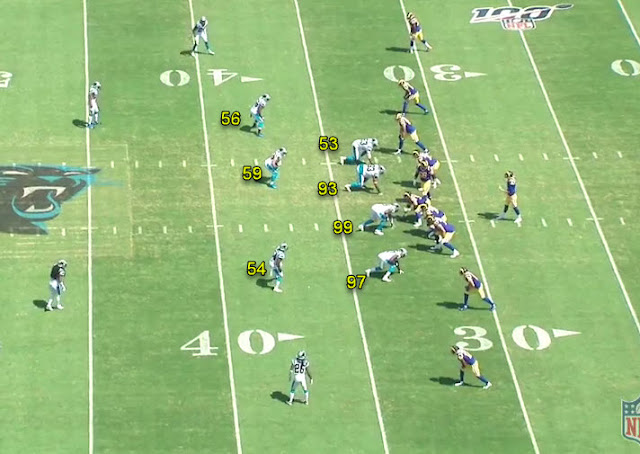 Now, of course, it's not a huge deal but this information is picked up by media outlets and also by Pro Football Reference.com and it remains there and then, sometimes years later we have to deal with the
misinformation that began with the gamebooks.

Here is the Bucs starting lineup for last night's game— 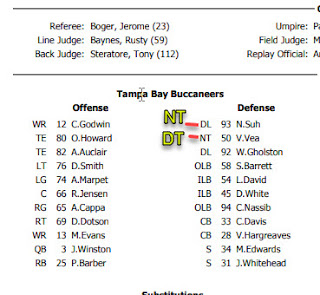 However, Ndamukong Suh is the nose tackle and Vita Vea is a three technique (DL or DT).

Again, it's not much but the NFL and NFLGSIS opened the door for scrutiny when they insisted on listing the actual starters rather than the usual starters. The usual starters would be the base offense or defense, but sometimes a team would open in goalline due to a long kickoff or would open in 3-wide or 4-wide and the defense would counter with nickel or dime.

Fair enough, but then they need to be consistent, that's all. We all know it's a nickel/3-wide or more league but that does not mean that's necessary 'base' because that word has a specific meaning.

Anyway, if you see oddities (as we have) in starting lineups don't assume they are accurate. The only real way to know for sure (to the degree that it matters) is to look at the film of the first snap.