Jadeveon Clowney in Seattle Scheme. Will it Work?

LOOKING AHEAD
by John Turney 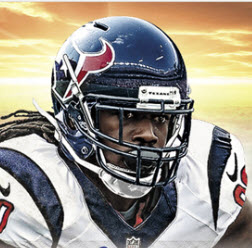 With the recent trade of Jadeveon Clowney to the Seahawks for a #3 pick and two linebackers we've seen some comments wondering if the Seahawks should modify there scheme a bit to accommodate Clowney and his ability to 'rove' around and 'make plays'.

While it is true that Clowny did stand up and move from his usual edge positon in base and nickel to a stand-up 3-technique and he did have some success, we content he had more success that last three years an and edge player and we think the Seahawks coaches will keep him there.

In the last three seasons only Luke Kuchely had been involved in more tackles for loss on plays (not counting sacks) than Clowney. And he's averaged about 8 sacks per seasons as well.

Here is one example of him standing up and a slant but the defensive interior frees Clowney up for a sack. It worked well, so we get it. The nothing that a player linein up in an unusual position can sometimes confuse a blocking scheme. But we'd like to see how many times it was employed and how many times it paid off. Really, all Clowney was doing was rushing the guard and picking a side, and if he picked right he'd get a sack, if he picked wrong, he was picked up.

But we didn't see him use is tremendous power (which he has even though he looks thin) on those types of plays. 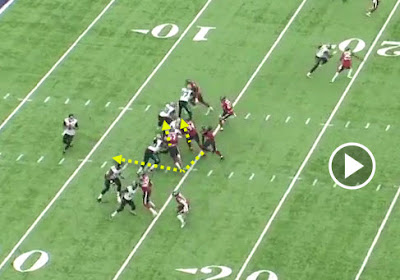 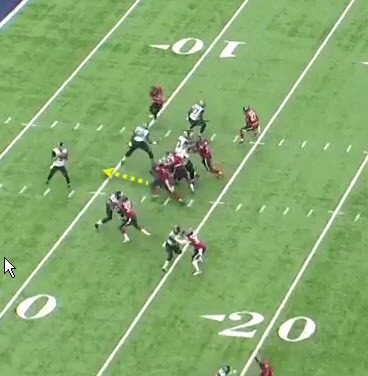 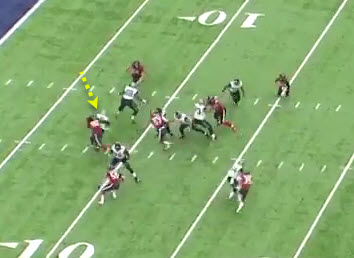 And there are more examples, especially from 2018.

But to us, the really amazing parts of Clowney's game come in the run defense from the edge. And this will fit perfectly as he likely plays the "Leo" in the Carroll defense.

Here in the base defense (a 3-4) but Clowney has his hand down so it could also be considered a 4-3 Under. Vikings are in 22 personnel (2 TEs and 2 RBs) with one of the RBs a fullback. It's definately a "heavy set".

Clowney steps inside and takes on the off guards whose job it is to block Clowney. Clowney takes it on with inside shoulder, slips him and makes tackle for loss. Pete Carroll and Ken Norton, Jr. will love this ability. 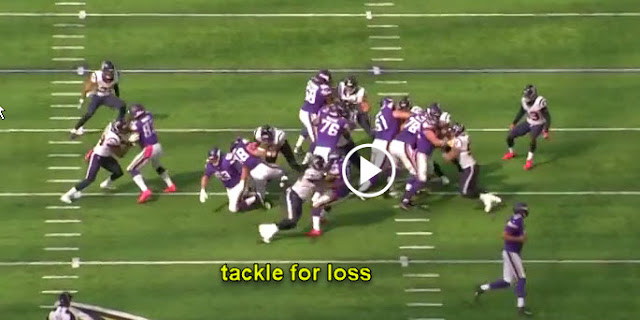 Here the Vikings motion a tight end to Clowney's side. He stuffs the block and stacks the blocker., then sheds and holds the edge while the inside-out pursuit helps in the tackle for loss. Clowney, not a huge player, stacks it as well as a 290 pound DE might. 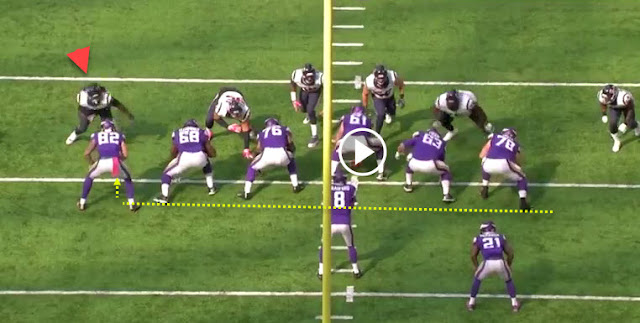 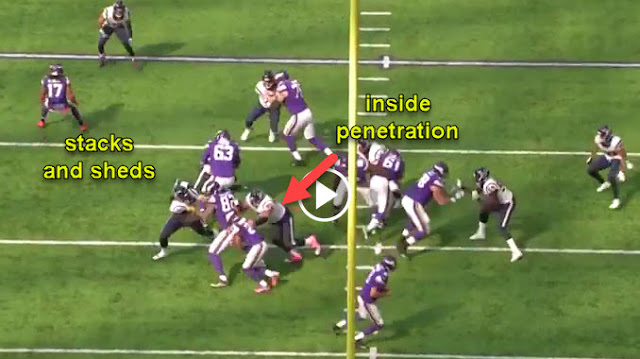 Here Clowney is unblocked, but whose impressive speed makes the tackle from the backside. 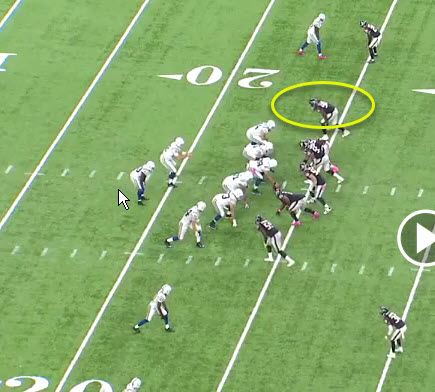 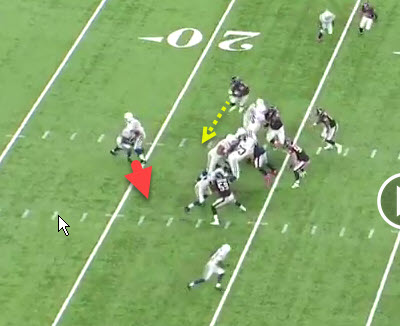 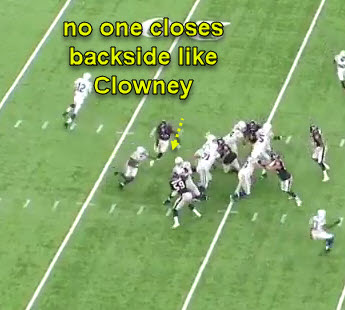 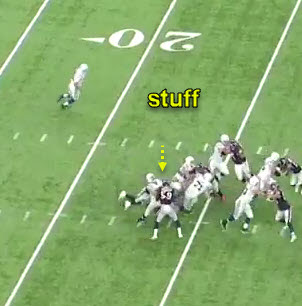 Here is another gone going away, this one through traffic, again for a loss 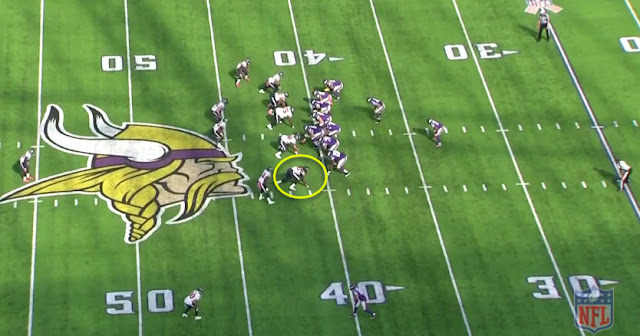 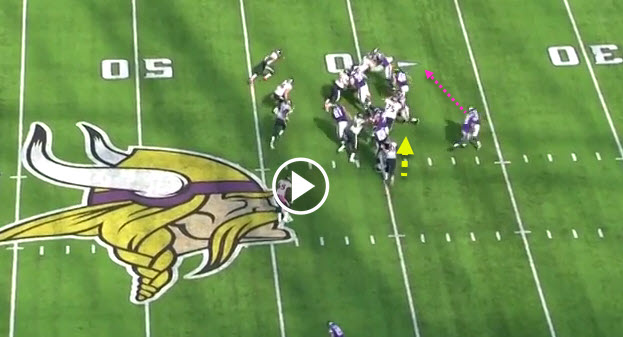 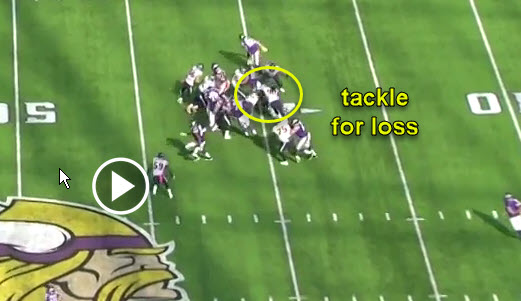 Here, in goalline, Clowney uses quickness to get "into" the blocker, stacks him and sheds him and makes the tackle to prevent a touchdown. 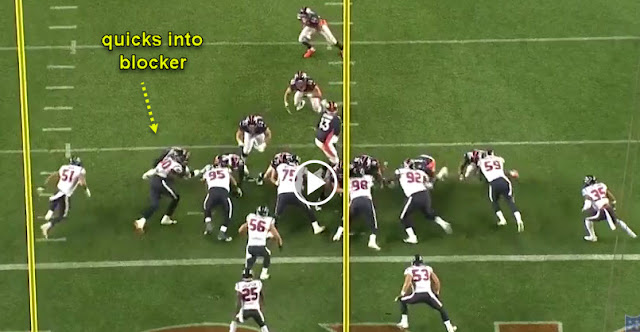 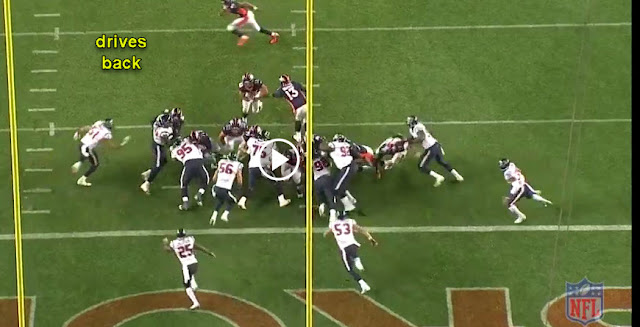 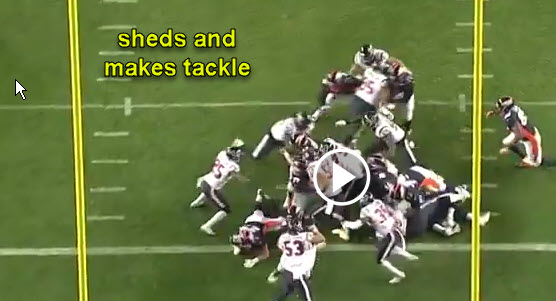 This is simply whipping a tackles butt 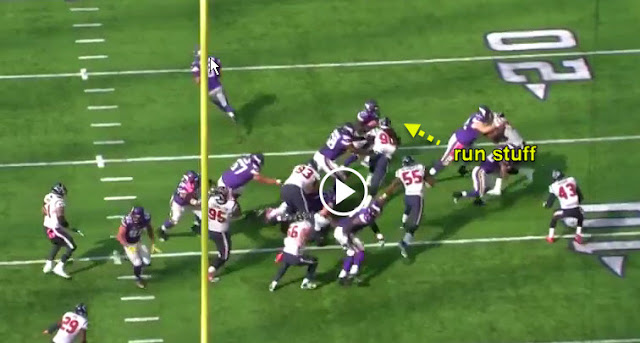 Here is Clowney as a 3-tech, a 'sunk' 3-4 end. He reads the run, plays it, but when pass 'shows' he converts to a rush, beats a double team and gets the coverage sack. 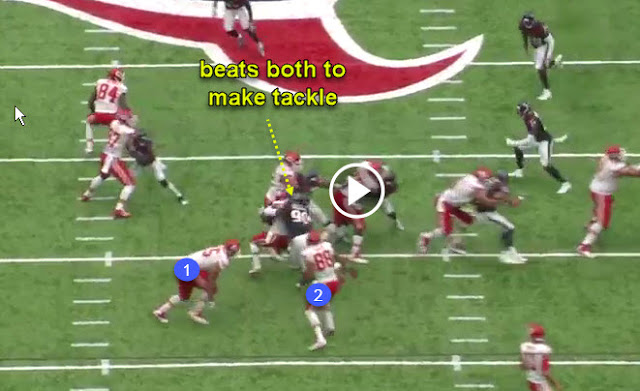 We could show more, but we gave examples of plays at him, away from him, goalline. He's shown that he can handle them all. And with Seattle's scheme, we actually think these things can be improved upon without having him stand up over a guard.

Out only questions about the edge rush of Clowney (and Ansah) is health but if both are healthy, in nickel they are about as athletic a pair as we've seen in the NFL in a while.

And in base they will have a nose, a 3-tech, a base end and a Leo (Clowney) and it wll likely be very good at stopping the run (as these stills show) and will get teams into 2nd and 11 or 3rd and 8 more often and then we will see the rush group tee off.

At least that's our guess.

And with Bobby Wagner on the team it could be hard for Clowney to be a Defensive Player of the Year, but at the Leo and with a healthy Clowney and big-time motivation if the Seattle defense is excellent and Clowney gets 12-15 sacks and maybe 10-15 run stuffs he could be a contender for the Defensive Player of the Year as long as they don't get too cute by moving him around too much.

We not saying never, but come on, not too much. Let his skills speak for themselves. But of course, against our ill-informed layman advice they will possibly play him in the spot Barkevious Mingo played lasy year—outside 'backer. Clearly, we don't know what coaches know but all we can say is we've seen Clowney simply dominate at defensive end and the Leo spot is where we think he belongs.