I Need To Be Educated, I Guess

To which I said in essence that the reason the Packers didn't play their base 3-4 defense was because the Bears didn't play a traditional base offense, with 12 or 21 personnel, what is known in playbooks as a base offense. Instead, they played 11 personnel which a defense would naturally counter with something other than a base defense—nickel or dime. So, Packers simply countered what the Bears were doing, nothing out of the normal, they were matching what they were seeing. If they didn't leave their base defense at home—well that would be a story.

Then I got this response:

So, here are presnap screenshots of the Bears personnel and formations. For the life of me, I only see personnel and groupings that are not 12 or 21. There are a couple of short-yardage situations where heavy personnel is in but in general the Bears and in 11 and the packers in some for of sub defenses.

I am pretty sure I am not "factually false". But hey, I could be wrong I guess. 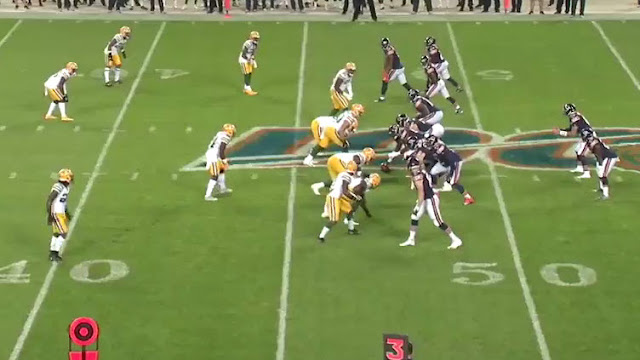 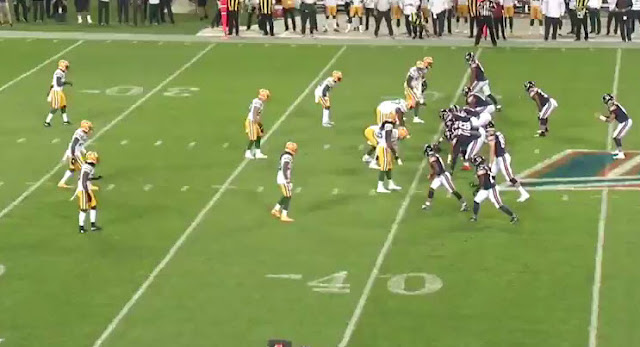 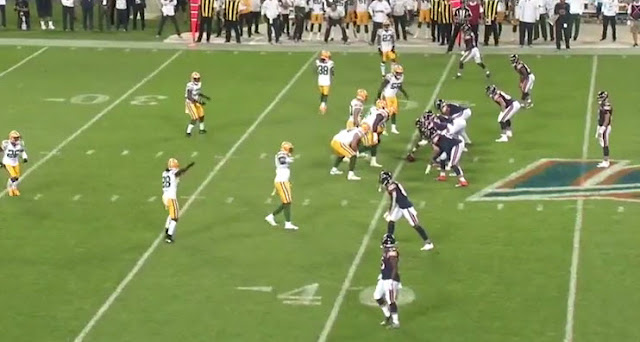 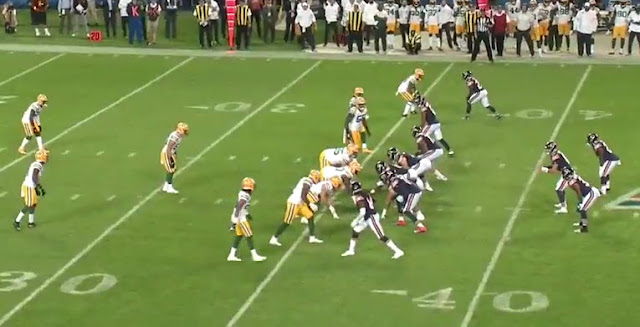 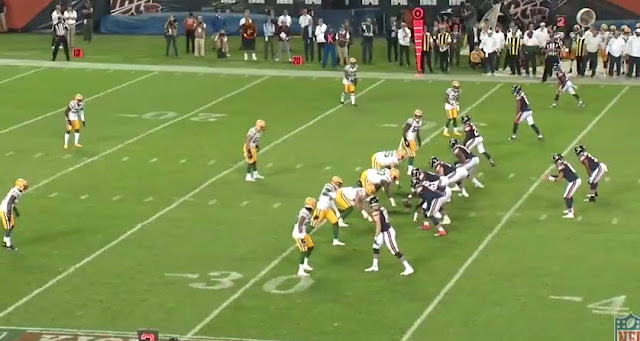 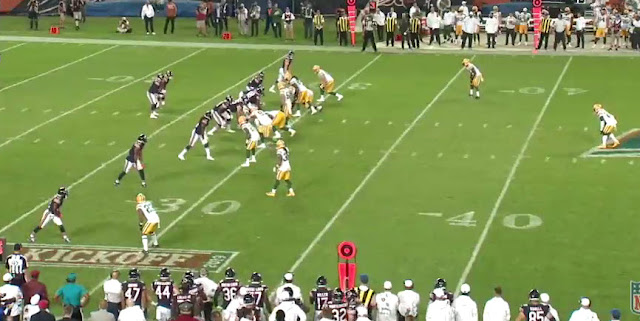 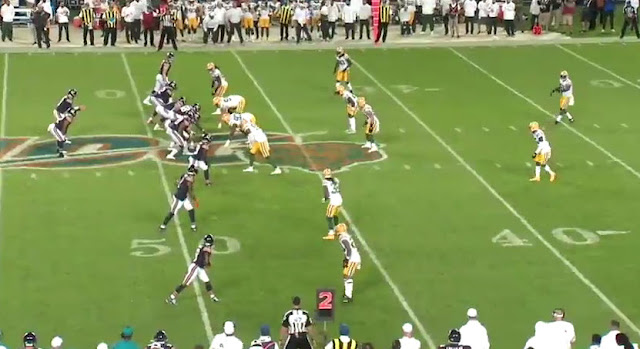 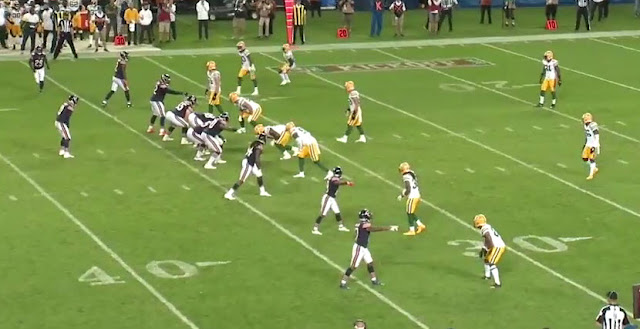 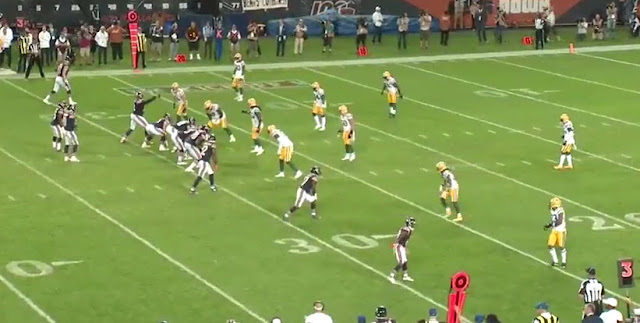 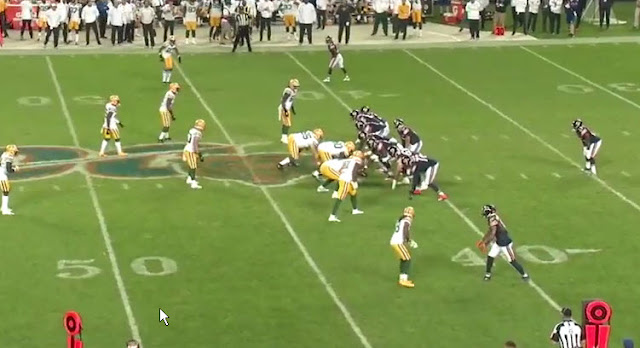 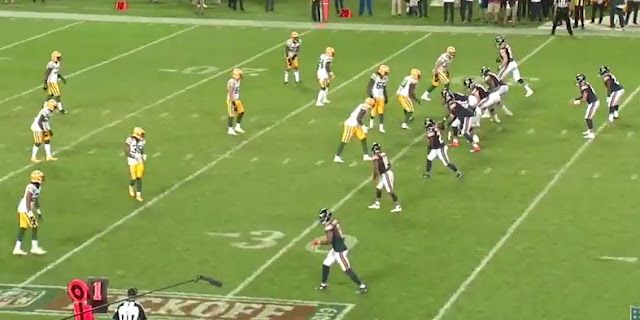