Art and Bubba—Two We Loved

By John Turney
Looking back to the 1978 NFL Draft you will see a lot of great names, Hall of Fame names—Earl Campbell, James Lofton, Ozzie Newsome, and other All-Pros.
A couple of them were on Hall of Fame career paths for a while but didn't seem to sustain it. But nonetheless, they were great players, both played the same position but in deferent ways in different schemes in an era when the difference between a 3-4 and a 4-3 mattered.
Art Still was the second overall pick of the 1978 draft and Al "Bubba" Baker didn't go until the second round (40th overall). To think some team could have taken him rather than some of the busts in the first round is kind of mind-boggling, but hindsight being 20/20, it's easy to be too harsh.
Both Still and Baker were All-Rookie in 1978 but Baker was far more. he was a consensus All-Pro, unofficially led the NFL with 23 sacks, and was the NFL defensive rookie of the Year and the NFLPA NFC Defensive lineman of the Year among other accolades.
He played for defensive line coach Floyd Peters who allowed him and the rest of the Lions front to play old-school get-up-the-field rush the passer-first defensive line play. Play the run on the way to the pass, get after the passer, and if run "shows" make the tackle. Disturption, chaos, penetration, and all that will stop the run as well as reading the defense and then getting after the passer.
Still had to play a 3-4. A two-gap style—land on the blocker, read the flow, if it goes to your left, play that gap, if it flows away, play the right gap. And as you do that if pass "shows" get then rush the quarterback. A different philosophy. 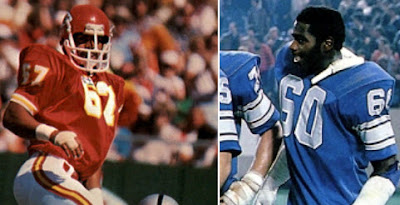 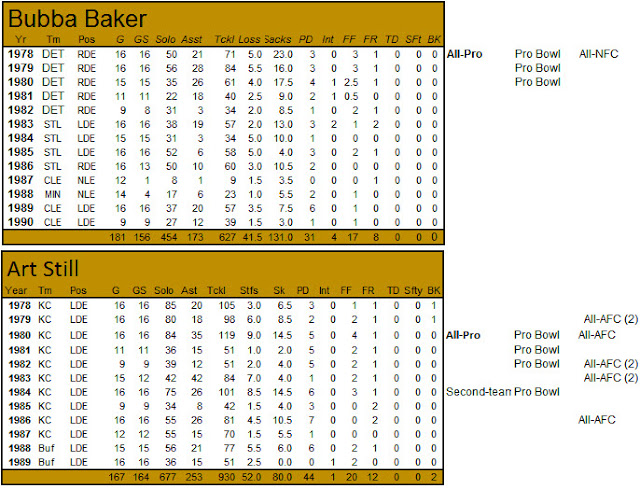