Predictions for the Hall of Fame Class of 2022

Every year we take a stab at guessing the Final 10 and then the Final 5 for the Hall of Fame. Above is our guess at the Top 10. We hope we get at least eight right.
As many know the List of Final 15 is cut to 10. Then it is cut to Five and then those five get a "yes" or "no" and if they get 80% positive votes they are elected.
So, with those as our guesses, it means Patrick Willis, Devin Hester, Sam Mills, Torry Holt, and Jared Allen are our guesses who didn't make the first cut.
Of those, the one with the least confidence is Mills. Since it is his last season he may have cracked the top ten.
Now the tough part. Who are our picks for the top five?
Let's start by saying whoever the top five are we predict all five will go in, as will Dick Vermeil, Cliff Branch, and Art McNally—the coach, senior, and contributor nominees this year. 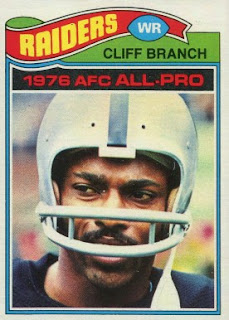 Okay, the five.
We think the committee will in general respect the queue. Last year Zack Thomas, Leroy Butler, Reichard Seymour, and Tony Boselli were in the top 10 and history suggests they would move up but only to a certain degree. It would depend on the number of first-ballot types that were competing with them. This year the strongest first-ballot candidate is DeMarcus Ware,
Our first "lock" is Richard Seymour. Call it 95% sure.
Next is LeRoy Butler. Call him 95% sure as well.
We think this is Tony Boselli's year as well. call it 80% sure.
This leaves two.
DeMarcus Ware would have to be considered at least a 75% lock in our eyes. 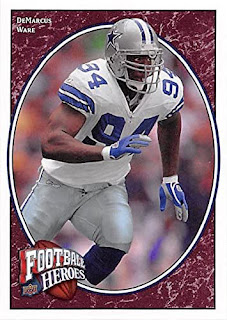 Finally, it comes down to Zach Thomas and Bryant Young.
We are going out on a limb and say that with inside linebacker Patrick Willis on the ballot as well as Sam Mills (who may be in the Final 10—our shakiest pick to not be there) that Young gets the final slot.
We will find out soon if we are right or up in the night.
Posted by John Turney at 2:31 PM