The First Elite Eight: Receiving Production Before the Merger 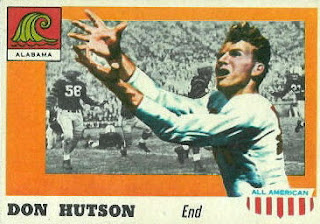 The evolution of the passing game is the key element in the game today. Since today is Don Hutson's birthday; let's go back a take a look at production from receivers before the merger.

The criteria is as follows; over a three-game span the receiver must have a minimum of 24 catches for at least 400 yards.

There are many outstanding receivers who did not make the list; men such as Elroy Hirsch, Lance Alworth, Dave Parks, and Charley Taylor had prolific stats for a three-game span, but could not meet the minimum requirements. 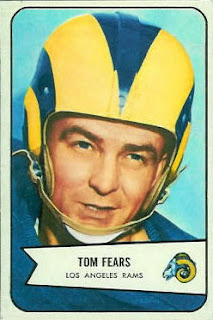 The Detroit Lions finally returned to the championship game in 1952, and Cloyce Box was a key part of that team. Box caught 24 for 529 yards. 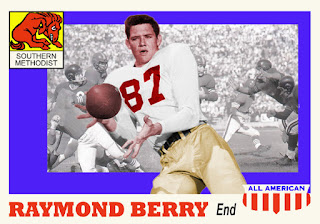 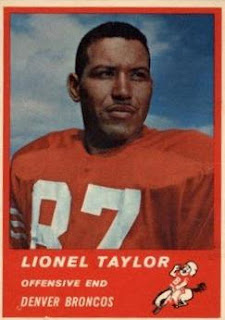 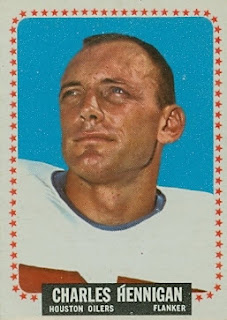 During the famous stretch run by the Oilers, in 1961, their passing game led by Charley Hennigan established new records. Hennigan caught 26 for a whopping 612 yards. 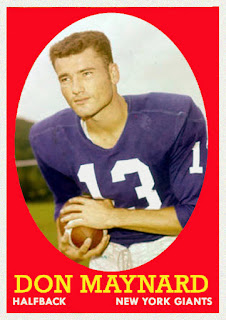 Joe Namath relished throwing the ball all over the field, and ending 1967 and into 1968 Don Maynard caught 28 for 503 yards. 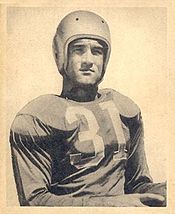 These seven men are all well known, yet it is the 8th man on the list that is a special part of this saga. Ralph Heywood was an All-American receiver at USC and after serving in WWII he began his career first in the AAFC, and then with the Lions. Ralph joined the Boston Yanks in 1948 and though he caught a few passes; his main accomplishment during that year was to return two opponent fumbles for touchdowns.

Ted Collins moved the Yanks to New York for 1949 and renamed them the Bulldogs. The weekly struggles showed up in the loss column, but through all the difficulties it was obvious that newcomer Bobby Layne could pitch that pigskin. His 155 completions during the year was the sixth most in league history. Someone has to get open and catch the ball?

Bill Chipley ranked among the league leaders all season. Down the stretch Layne still looked for him, but the other end Ralph Heywood would join our list. Heywood tied Hutson's record of 14 catches in a game on December the 4th in Briggs Stadium. Studying the film of this interesting battle between teams that entered the game with 2-8 and 1-8-1 records you would think that quality football was not in the offing for this day.

You would be wrong, as the Bulldogs battled all day with the symmetry receivers (Chipley wore #38 & Heywood #83) getting open and keeping New York in the game. Chipley in the final year when the league kept stats in the category of lateral passing led the league. Twice in this game on receptions he tossed to ball to Heywood for additional gains of 13 and 10 yards (this is not listed in the passing stats).

Chipley usually aligned at left end, and Heywood at right end . . . today though they would play both. Flexed, split, or tight these two men found open areas on a variety of routes, and grabbed 22 passes. New York eventually took the lead on Heywood's second touchdown catch of the game on a delay route over the middle.

Scollard's extra point attempt is blocked, and Detroit will drive down the field and win the game 28-27 on--you guessed it; a pass. Ralph Heywood finished the year with another strong performance against the Steelers in his last game as a pro. He would serve America as a Marine in both Korea and Viet Nam finishing his military career as a combat Colonel. No doubt Don Hutson and the rest of us would salute Ralph Heywood for his accomplishments.
Posted by TJ Troup at 5:30 PM