LOOKING BACK
by John Turney 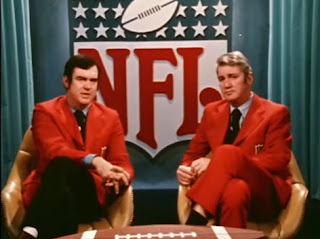 Though not a specific "player of the week" award, in 1972 NFL Films, via Pat Summerall and Tom Brookshier, choose their "Best of the Week" award and announced it at the end of their weekly syndicated show This Week in Pro Football.

Here are the winners: 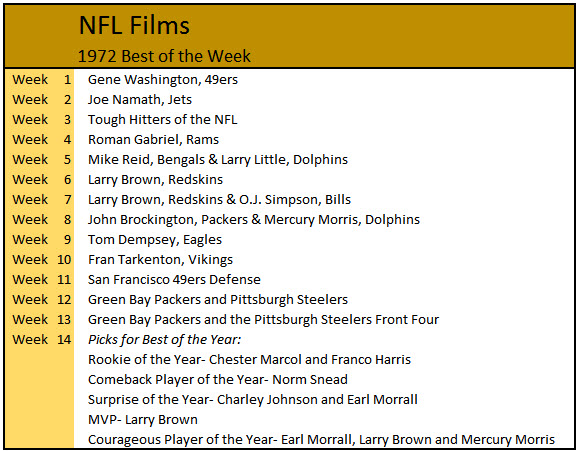 Late in the season they picked quite a few teams for the award, but most of the time it was a player or two. Joe Namath's 496-yard passing game was noted, as was Roman Gabriel's  12/23 225-yard, 2 TD, zero pick and 115.3-rated game versus the 49ers. Larry Brown won it twice as well as capturing the MVP award and tied for the most Courageous Player of the Year with two others.