2010s All-Decade Quarterback, Does Tom Brady Have it Locked Up? 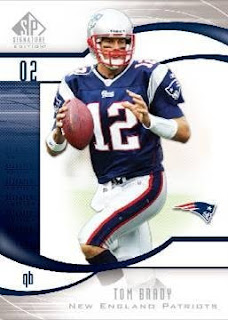 In three years the Hall of fame selection committee will vote on a 2010s All-Decade Team, as they have every ten years since 1970. (They will also be charged with voting for a 100th Anniversary Team as well).

We've completed seven years of the decade and some positions may be locked up, others are more wide open.

One that seems fairly locked up is quarterback, though it is not 100%. Tom Brady has the stats, two Super Bowl rings, and an MVP and the best record among quarterbacks.

Aaron Rodgers is, at this point, the next-best with a Super Bowl win, two MVPs, and better stats than Brady.

The next three years will tell the tale. If Brady keeps up what he's been doing, defying his age and keeping the Patriots in the thick of things he should hold off Rodgers.

However, if Rodgers can win a Super Bowl or even another MVP, he could challenge Brady.

Drew Brees leads in yards and touchdowns at this point with Rodgers and Brady next. Philip Rivers has had a  good decade but has a losing record. Matt Ryan, were he to get to a win a Super Bowl and another MVP has a shot, but would have to almost replicate what he did in 2016 to make a run of it.

So, in this post-Super Bowl, pre-combine lull, what do you think? Brady? Rodgers? Someone else? We will be examining all positions over this off-season so stay tuned.
Posted by John Turney at 11:19 AM