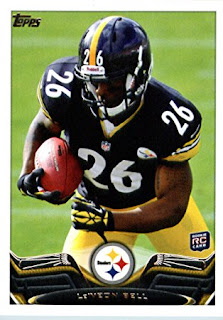 Today the Pro Football Writers of America (PFWA) released their annual All-NFL teams along with their All-NFC and All-AFC teams (the only organization to still select All-Conference teams). In the 1970s the Associated Press (AP), United Press International (UPI), Pro Football Weekly (PFW) and The Sporting News (TSN) all chose All-AFC and All-NFC teams.

Last year the AP changed their format by eliminating one of their two inside linebacker positions, deleted their fullback position, added an offensive "flex" position, changed the defensive ends to "edge" player that can now include rushing linebackers and changed the defensive tackles to "interior" and added a fifth defensive back and a special teams player and added a return spot so there was one kick and one punt returner. They also broke guards into left- and right as well.

So how do the PFWA (the only All-Pro team to ever be considered "official" by the NFL) and the AP differ? Here are the selections for 2017 for both— 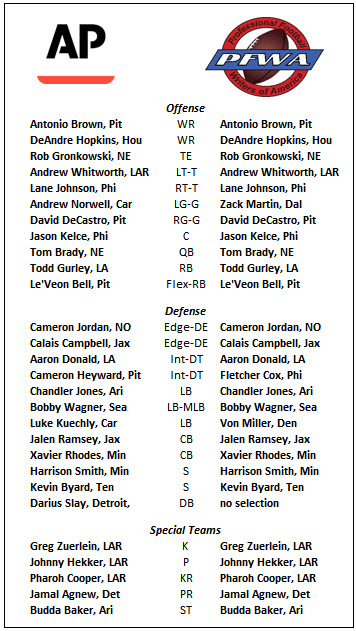 The only difference between the offenses is the AP selector voted for Andrew Norwell over Zack Martin at one of the guard positions.  Le'Veon Bell took the "flex" spot for the AP and the second running back slot for PFWA.

On the defensive side of the ball, the PFWA voters preferred Fletcher Cox over Cameron Heyward. Heyward is a defensive end in the Steelers 3-4 base defense and a defensive tackle in nickel/dime defenses. Both he and Calais Campbell are "sink" ends. Campbell does it from a 4-3 defense but it's the same idea, and end in base defense and then "sink" to an inside technique in likely passing situations.

Additionally, the PFWA chose one middle linebacker and two outside linebackers (who were both rush backers) while the AP poll asks for three linebackers and this year two "Mikes" were chosen and one rush backer who really was an "edge" player.

The position that is getting overlooked is outside linebacker who can play the run, cover, blitz, the "all-around linebacker". This year that would include Telvin Smith, for example. Smith had 101 tackles 3 interceptions and scored two defensive touchdowns (and got another one yesterday in the Jaguar-Steeler game) 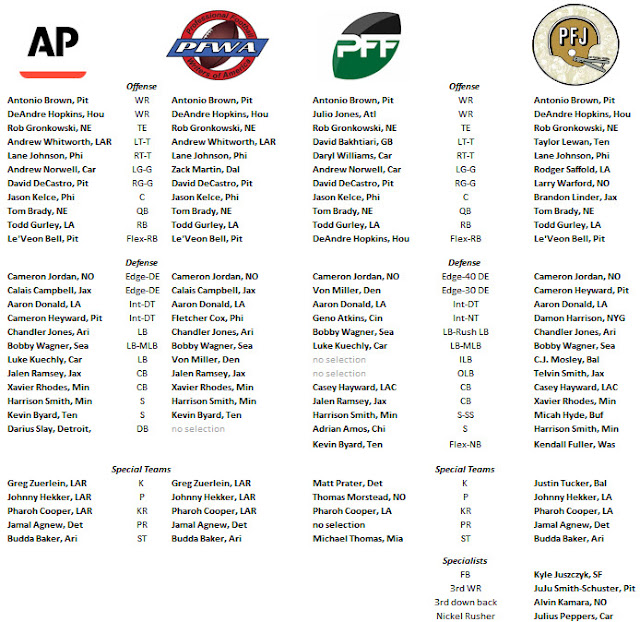