In 1964 NFL rosters were expanded from 37 to 40 and even so, many starters still had special teams duties, including kick coverage. Here, Deacon Jones, in his fourth season, is lined up at R-5 (fifth from the right of the kicker, though some coaches call this R-1). Usually, this is a position for faster players like backs and ends, not a 260-pound defensive lineman. However, Jones possessed extraordinary speed which allowed him to play a spot like that.

Later in the same game, and in other games that season, we spotted Jones at L-5 and other spots on the kickoff team. We just wanted to share this tidbit with our readers. 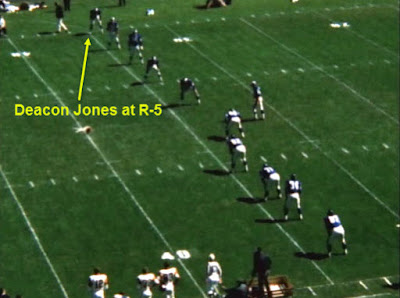 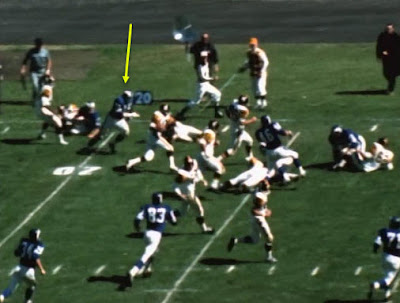