TJ Troup likes to say "Film is the best teacher". And he's right. A couple of weeks ago we posted stills of Deacon Jones and Elvin Bethea playing left tackle—the position both started at in the NFL.

Here are some shots of fine tackle Winston Hill of the Jets playing center in 1965. It was his third season and he had already established himself as a starting tackle but in this game, he filled in a center, which was a 38-7 blowout loss to the Chargers. Early in the game starting center Mike Hudock hurt his back and Hill had to move from left tackle to center.

Here are a few shots: 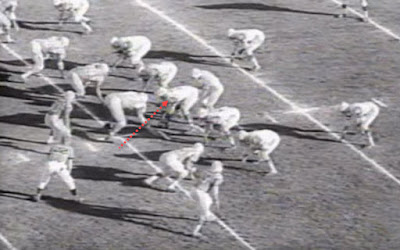 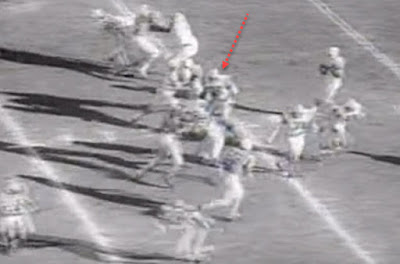 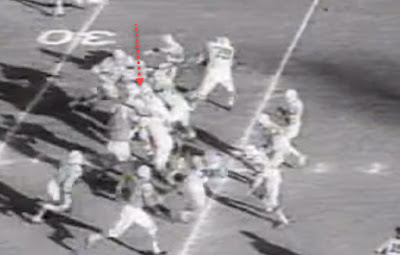