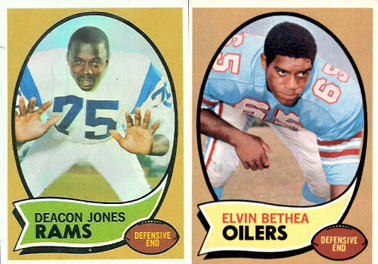 Last year we posted some stills of Deacon Jones in his first NFL game when he started at left tackle. Now we add Elvin Bethea to the mix. In the first game (preseason) of the 1968 season, Bethea also played left tackle.

Here is Jones in his first NFL regular season game in 1961 in Baltimore. 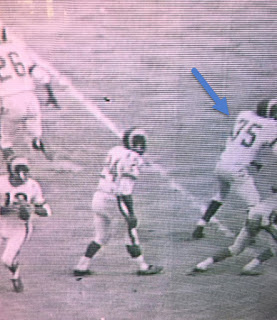 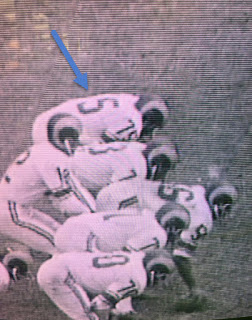 Here is Bethea in 1968. It's preseason and we cannot confirm if he started. We know he played some guard and tackle in the regular season before being moved to defensive end. 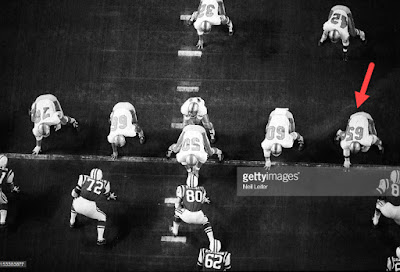 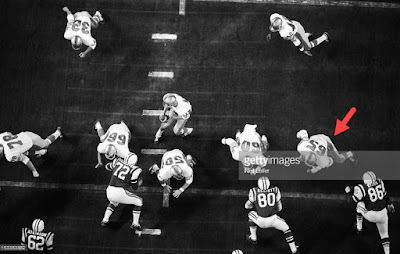 Perhaps this shot explains why Bethea didn't last long at tackle. Jets right defensive end Verlon Biggs #86 is on top of the Oiler quarterback. Biggs would have been Bethea's responsibility. 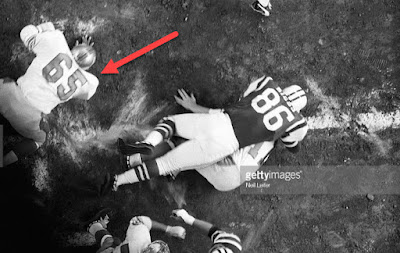 Again, it appears as though Biggs got by Bethea here as well. 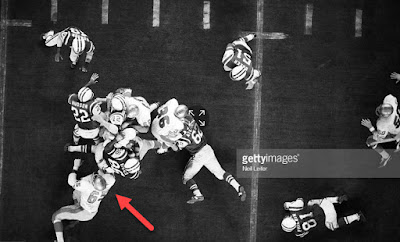 However, all is well that ends well, both Jones and Bethea ended up as Hall of Fame defensive ends.
Posted by John Turney at 7:29 PM