Don Hewitt—And the Juggling of Helmets and a Game Ball

LOOKING BACK
By John Turney
In 1976, at the Orange Bowl in Miami, thieves had an impact on a game between the Los Angeles Rams and the Miami Dolphins. Sometime during the night or early morning of October 3, 1976, someone broke into the Rams locker room at the Orange Bowl and stole a dozen helmets and the coaches Riddell coaches shoes and Jack Youngblood's shoulder pads. Luckily, the jerseys and pants and socks were locked up or they may have gone bye-bye as well.

The Rams equipment manager Don Hewitt had to piece together shoulder pads for Youngblood from several spare pairs. The helmets were a bigger issue. Players who had their lids stolen had to share with players. Fred Dryer said it felt like he was "playing with a bucket on his head", having to share one that was close, but not exactly his side.

Jack Youngblood had to wear backup tight end Terry Nelson's helmet. Youngblood wore a Schutt NOP from his rookie season through 1982 and then wore a DW N-JOP in his final two years. But Nelson wore a Schutt OPO with a U-Bar. Youngblood said it was not comfortable, as did Merlin Olsen who had to share with reserve running back Rod Phillips.

The Rams won the game 31-28 in an offensive shootout and for his efforts, Hewitt was awarded a game ball by Head coach Chuck Knox.

For more information, here are two clippings from the Los Angeles Times and Miami News: 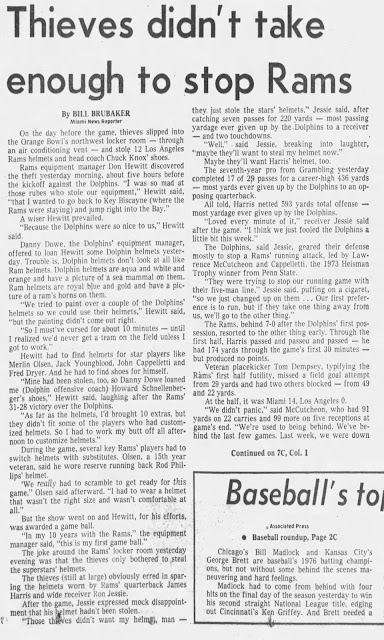 The "Iron Mask" helmet of John Williams was one of the ones stolen. It looked like this: 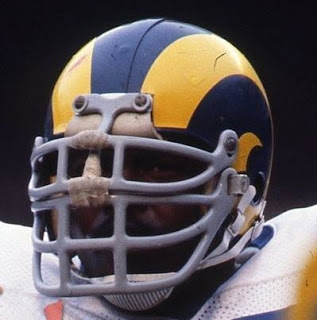 But Williams had to make due with a Schutt NJOP: 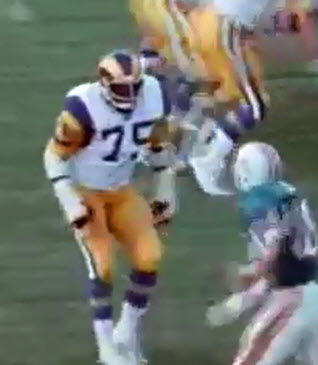 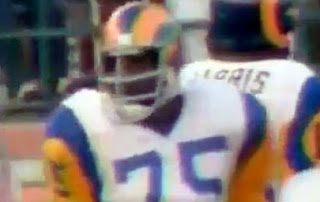 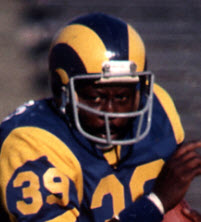 However, it does not look like Olsen is wearing it here. This is Williams' mask. And you can see that Youngblood is wearing a NJOP, a 3-bar cage, rather than his 2-bar mask (see below). 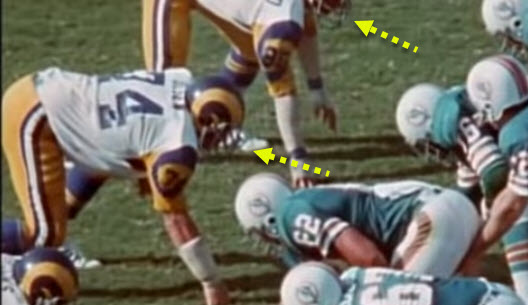 Olsen is wearing yet another mask here: 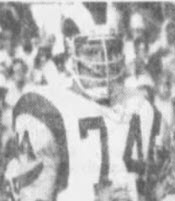 Here it does look like Dryer's noggin is swimming in a bucket of a helmet. 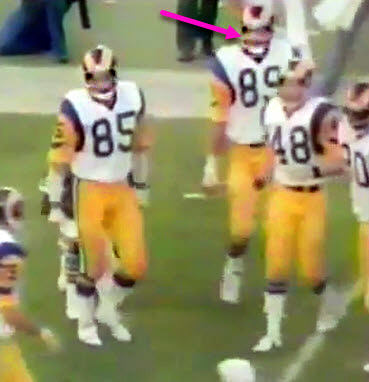 This is Jack Youngblood's usual NOP mask, this shot from 1980: 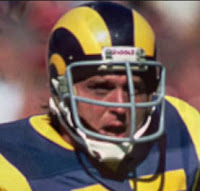 This is Terry Nelson's OPO mask with an added U-Bar: 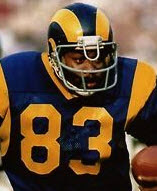 Again, these shots leave a lot to be desired but you can make out the U-Bar on the helmet Youngblood is wearing in the next few shots: 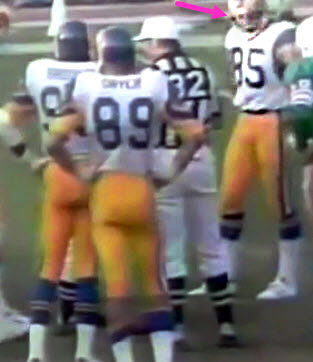 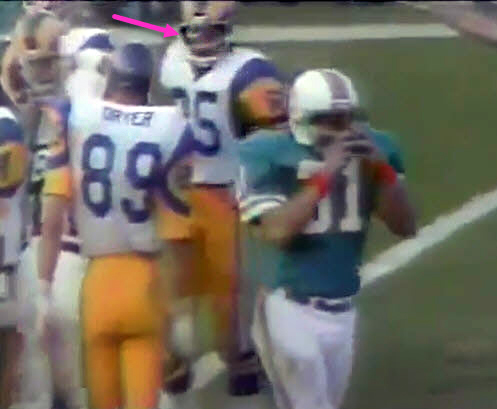 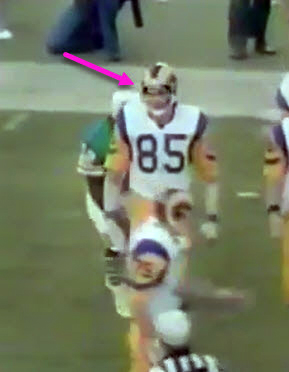 Here, in the first half, rather than his usual NOP, Youngblood is using someone's NJOP. 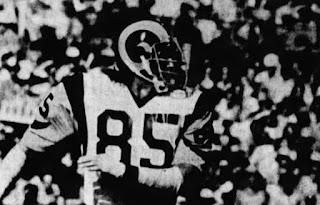 If anyone can find more shots from this game we would appreciate seeing them.
Posted by John Turney at 7:23 PM