LOONG BACK
by John Turney 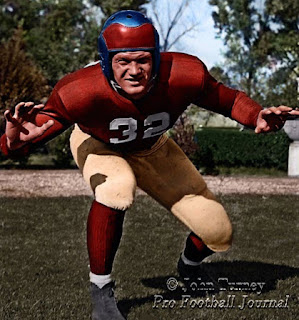 Al Blozis was 6-6, 250 pounds, huge by the standard of his day. He was a tackle for the New York Giants. In retrospect, he would have been the NFL's defensive player of the year in 1943. On film, he was just dominant. We've seen just a few full games of his from that year and he always stood out. He was listed as a tackle, though alignments were different then.

Like Arnie Weinmesiter a decade later, he lined up over an offensive tackle and today would be called a defensive end. The ends were what would not be outside linebacker in 2-point (usually) stance. Regardless, he was a dominant player. According to Mel Hein, “If he hadn’t been killed, he could have been the greatest tackle who ever played football.”

He was All-Pro in 1943 and a member of the NFL 1940s All-Decade Team as well. After being refused entry to the military due to his excessive size he served in United States Army from 1943–1945 and was a Second lieutenant and his unit was the 28th Infantry Division SSI where he was an Infantry Unit Commander, 110th Infantry Regiment, in World War II. 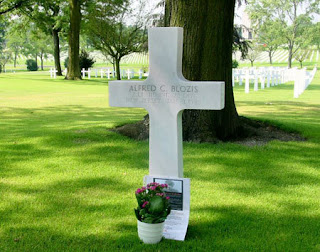 Early in 1945 one of the patrols under his command did not return. Blozis went to search for them and he never returned from that mission. Blozis was killed by German machine-gun fire during the search which was part of the battle of the Black Mountain, in the Vosges Mountains near Colmar, France.

This account is from the Georgetown University Website. This is a letter sent to a now-defunct website that appears to have been saved by Georgetown. And we are thankful and will show it in its entirety—

My name is Paul Lambert, and I just stumbled on to your Website and story of Al Blozis. It was very interesting to me because I was one of the four he went looking for.
I remember the day he led us down to the little village in the valley below. It was my birthday. There were 12 of us, but a German sniper wounded one of the men just before we reached the little village.

I was a Machine Gunner. Al sent me and three others to the furthest outpost. I don't know where he sent the other seven, but evidently, they all got out of there safely. As soon as we got to the place where we were to set up the machine gun, a big old farmhouse at end of the valley, a German sniper got one of my 3 buddies and killed him. That left only three of us to manage that gun 24 hours-a-day for five days. We were pretty much exhausted and just about out of ammo and food.

On that last day, I knew I had to get back to the command post that Al had set up in the little schoolhouse at the bottom of the mountain where we entered the village. It was snowing and visibility was next to zero. I left my two buddies to man the gun and took off very cautiously toward the Command post about a quarter mile away. In the dense snow, as I got about halfway, I saw a huge form advancing toward me. I stopped with my pistol ready, and then suddenly realized it was Lt. Blozis. And he recognized me. I was about to say something, but he motioned to me to be quiet. Just then there was a blast from a German machine gun, and Lt. Blozis fell backward to the ground. I carefully crawled on my stomach to him, but he was dead. He had several bullet holes in his body. I could do nothing except getting back to my outpost.

I knew nothing about what was happening to my Company. When I got back, I told my two surviving buddies what had happened. We didn't know what to do because we had no orders or any communications. We knew that we just couldn't desert our post. If we didn't get help very soon, we were goners because the Germans were not taking any prisoners. Just toward evening, an old man from the village came to us and told us that we had to get out of there because our comrades had all left. He told us we were surrounded by Germans and he pointed out the only chance we had of getting out of there. He showed us the direction to go and where to start climbing back over the mountain that was the least German-infested route. It took us four nights of climbing in waist-high snow to get over the mountaintop and over to the American side. We only had to kill one German soldier on the way out.

The rest of the story is long and I won't get into it. However I will say, we were able to get back to our outfit just in time to join the big attack on Colmar. The ironic part of the story is that, as we were advancing under artillery fire from the Germans, I was alongside Lt. Blozis's replacement: Lt. Johns. It was his first time in battle. I had to stop along the road to adjust one of my shoes that was hurting me. A few seconds later, an artillery shell came in just about on top of the new Lt. and instantly killed him.

There is no one else that knows the end of this story except one buddy who I know is still living somewhere in Texas. These are the facts. Lt. Blozis was a Real American Hero who would never leave any of his men under any circumstances. Now you know the whole story of Lt. Blozis' life and how and why it ended. I am 83 years old and I would hate to have died and taken this with me." 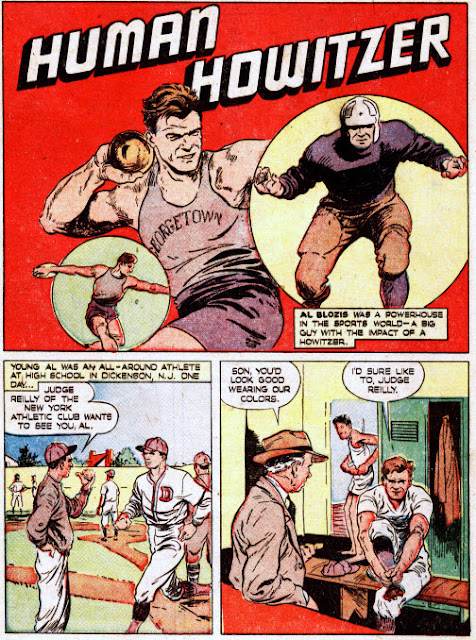 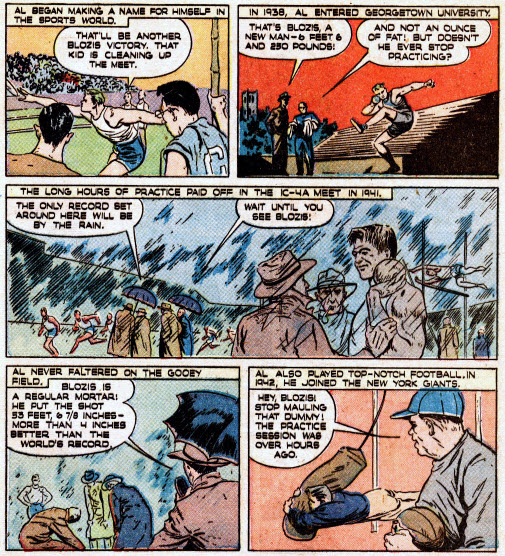 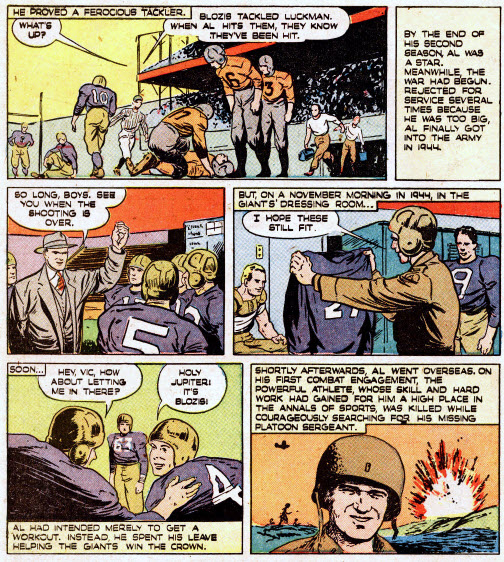