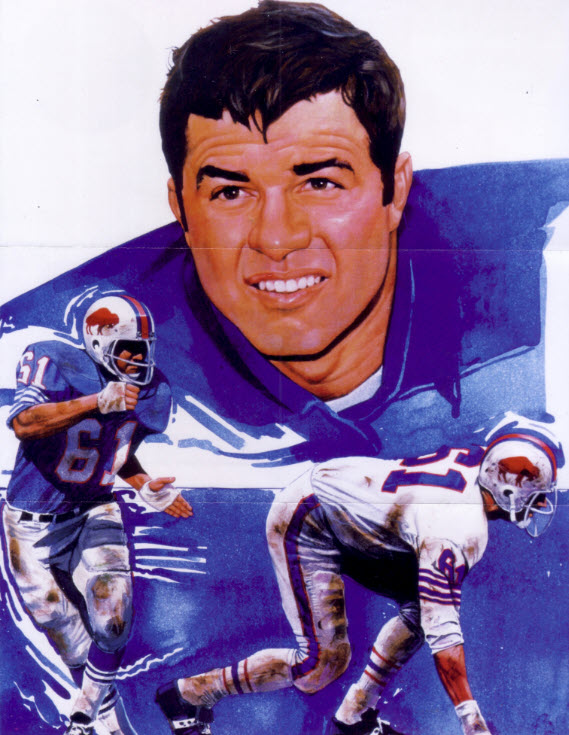 From Wikipedia:
Kalsu was a 6-3, 235-pound guard out of the University of Oklahoma.
Kalsu was a starting guard for the Bills in 1968. He played the entire season and was the Bills' team rookie-of-the-year. Following the 1968 season, to satisfy his Reserve Officers' Training Corps (ROTC) obligation, he entered the U.S. Army as a second lieutenant and arrived in South Vietnam in November 1969 as part of the 101st Airborne Division. He was killed in action on July 21, 1970, when his unit came under enemy mortar fire at FSB Ripcord near the A Shau Valley 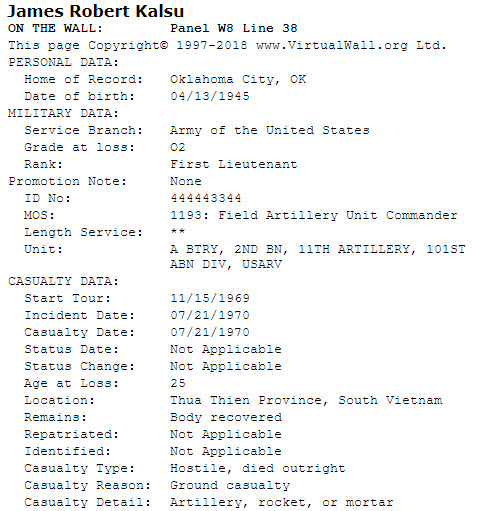