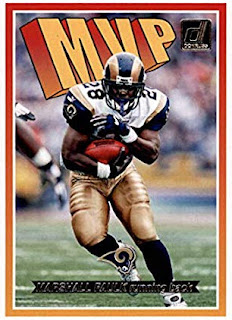 Just under twenty years ago Stats, LLC (then Stats, Inc and now is STATS and purports to be "STATS is the world's leading sports data and technology company") published preseason books reviewing the previous NFL seasons. Often they'd list new and innovative stats or would simply make observations on unique players or teams.

One of those things was called the "Marshall Faulk number". It was meant to measure running backs who run the ball well and caught the ball well. They'd take the rushing yards and the receiving yards and do a harmonic mean.

Essentially it's a mean that Stats, LLC. best expressed the average between the rushing and receiving numbers.

Well, they began that in 1999 if memory serves and today we will update it. However, we did it by average rushing/receiving yards per game, not the season totals so it will better include players from the 14- and 12-game seasons.

Faulk dominates the top six but other great names are listed including Lenny Moore, Chuck Foreman and others.

Here are all the players who averaged (harmonic mean) 58.0 yards per game. 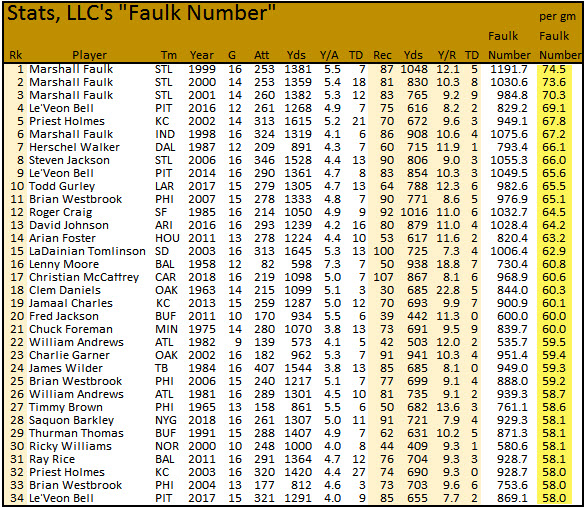